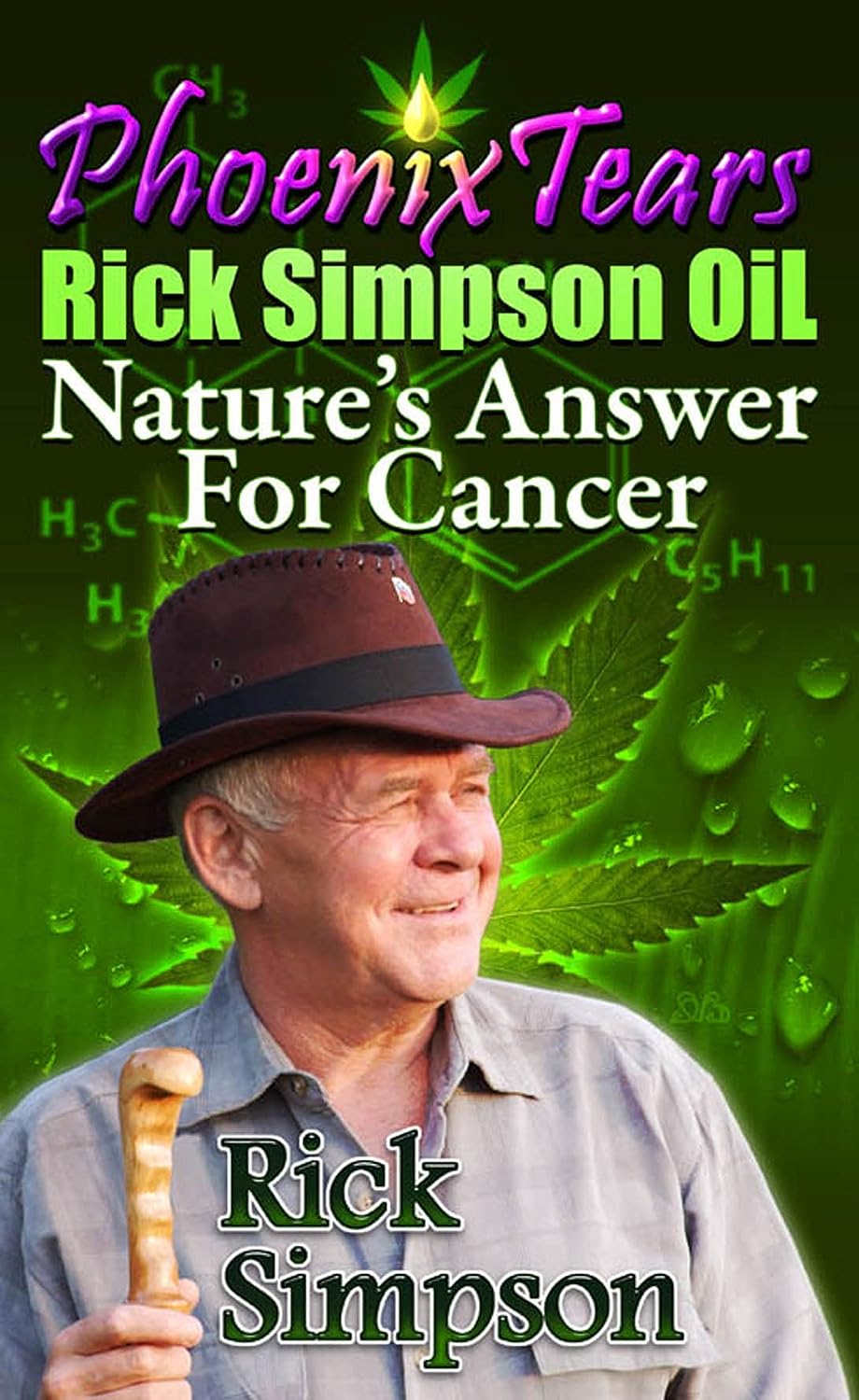 On Thursday, the Virginia Senate passed a bill providing a limited legal defense for the possession of certain types of marijuana extracts for epilepsy patients, pursuant to a written certification from a doctor. SB 1235, sponsored by Sen. David Marsden, creates an affirmative defense for patients possessing either cannabidiol oil or THC-A oil, cannabinoids known for alleviating epileptic seizures. Unfortunately, this bill does not go far enough. Marijuana is capable of treating far more conditions that seizures alone.

An excellent book on the subject is Phoenix Tears which explains that cannabis is suitable for many more illnesses and conditions besides seizures alone and has been shown to cure some types of cancer. By limiting it to only seizures the legislators in Virginia and Georgia are doing something they have never done with any other medicine which is to regulate the uses. Politicians should never try to play the role of doctors.

An affirmative defense means patients suffering from debilitating medical conditions may still be arrested, jailed, and dragged into court to prove their innocence. Additionally, many patients require other cannabinoids, or the synergistic effect of whole plant cannabis, to adequately treat their symptoms.

Earlier this week, Del. Dave Albo’s companion bill, HB 1445, was unanimously approved by the House Courts of Justice committee. Neither bill provides legal protection to patients suffering from debilitating medical conditions other than epilepsy. Neither bill provides safe or legal access to the medicine, either through licensed businesses or by allowing patients to grow their own.

You would be forgiven if you thought we were talking about Georgia and not Virginia. The parallels are uncanny. Nathan Deal and his Republican prohibition allies are doing their absolute best to weaken our medical cannabis bill known as Haleigh’s Hope Act to one very similar to what was just passed in Virginia. It is a race to see which Republican legislature can enact the most restrictive bill in the country.

“The bill was written and rewritten in ways that betray the legislature’s discomfort with the notion of liberalizing marijuana laws as much as its desire to help a particularly heart-rending group of patients and their families. House Republicans showed no interest in fixing the unworkable medical marijuana law it has on the books, much less signing off on recreational use, as has been done in Colorado. A Senate bill to decriminalize marijuana died in committee this session, as did a broader medical marijuana bill proposed in the House.”

The reason I chose the title “Will Georgia Repeat The Mistakes in Virginia Over Medical Marijuana” is because just like Virginia, Republicans in Georgia are very uncomfortable with loosening medical cannabis laws. They are fine when it is only an oil only limited to children with epileptic seizures. But they start to pushback when you include adults and other illnesses like cancer, HIV, and so many others.

“In the course of one legislative session, some of the most conservative states have embraced this notion of CBD access,” St. Pierre said. “We never could have predicted it, and we’re currently vexed by it.” He worries that legislators are giving lip service to helping patients seeking medical marijuana by allowing limited forms to a very specific type of patient and providing no means of obtaining them. “They’re really being dragged there kicking and screaming by their constituents,” St. Pierre said. “What we need to keep an eye out for is, brushing their hands, ‘Look, we acted on medical marijuana. We did it.’ ”

In Virginia the push came for medical marijuana from some heart-wrenching stories of young children suffering from epileptic seizures just like Haleigh Cox and other children in Georgia led to a change of heart among Georgia Republicans. In Virginia Del. David B. Albo (R-Fairfax) is very similar to Allen Peake in Georgia. He became the face of the Republican parties push to legalize the oil. Sen. David W. Marsden (D-Fairfax) is the counterpart for Kurt Thomson in Georgia. Albo and Marsden set about writing bills that would have not only permitted the use of the oils, but also would have established a way to provide it to patients. Unfortunately one major weakness in the bill  is it provides no way or provisions on how patients will be able to get the oil. Critics from both the right and left say that this will force the use of purchases from the black market with questionable quality or may force patients to break the law by transporting it back to Virginia, Again, very similar to the issues in Georgia.

The Virginia law is based off of a gun law in the state. “It’s almost the exact same language as the concealed-weapons statute,” Albo said. “The concealed-weapons statute says, ‘You cannot conceal these weapons, but if you can show you have a valid permit, then you can’t be prosecuted for having these weapons.’ We took that same theory and said, ‘No one can have THC or CBD [oils], but if you have a written certification and you can show that to the court, the case would be dismissed.’ ”

It amazes me how certain smug politicians can prance around patting themselves on their backs because they think they are being altruistic when the opposite is true. What about the tens of thousands of other patients that are being left out of this bill? Perhaps the cancer patients and others need to find some children with cancer to plead their cases since Republican prohibitionists don’t seem to care about diseases once you reach adulthood. As much as some Republicans would like to obscure the fact that all opposition is Republican, this fact is inescapable and may come back to bite them in the ass in 2016 elections. There is basically no opposition from Democrat politicians on loosening medical cannabis laws and far more support for less restrictive bills. Anti-Cannabis opponents are overwhelmingly Republican.

Also keep in mind polls in Virginia and Georgia show overwhelming support. In Virginia 74% support changing the law in Virginia to allow seriously and terminally ill patients to use medical marijuana for a limited number of conditions if their doctors recommend it. Another excuse Republican prohibitionists often use is that it will lead to higher crime rates. This is also simply untrue. During the first six months of 2014, violent crime in the city and county of Denver was down 3 percent from the same period in 2013, according to the most recent available data. Three of the four main categories of violent crime that are tracked in the data — homicide, sexual assault and robbery — are all down from the same six-month stretch last year. Aggravated assault, the fourth category, is up 2.2 percent.

Burglaries and robberies at the city’s dispensaries of medical and/or recreational marijuana are on track to hit a three-year low, according to a separate report from Denver’s Department of Safety, first reported by The Denver Post. Overall, property crime in the city is down by more than 11 percent from the same six-month period of 2013.

Republicans opposed to medical marijuana also worry more people will be exposed and start using it but the reality is the opposite usually happens. Contrary to previous popular belief, the crime rate and drug use amongst teens and young adults has lowered since its legalization and decriminalization. California was one of the first to decriminalize it, which means that if an individual is caught with an ounce or less then they will receive a minor infraction, rather than a felony charge. The rate of both high school dropouts and youth overdose has lowered by 20 percent since then, according to a research report from the Center of Juvenile and Criminal Justice.

The tax windfall and other economic impact from legal sales of marijuana is also beneficial to states. Oregon plans to invest 40 percent of that revenue into schools, 25 percent to abuse and prevention and 35 to state funding. Colorado had already managed to raise more than $3 million for building and maintain schools in the state and their overall crime rate has dropped by 15 percent. The marijuana industry generated $700 million dollars of economic activity in Colorado alone in 2014, according to recently released data from the Department of Revenue.

Can Georgia Do Better than Virginia?

I sure hope so. Nathan Deal along with the Georgia Sheriff’s association and social conservative Republicans are doing their absolute best to whittle the bill in Georgia down to a carbon copy clone of the one in Virginia. How can they sleep at night knowing that thousands of people need medical marijuana and they can’t get it. THC and CBD both can stop seizures. However, some epileptic children do not get any benefit from CBD. For the small percentage of children who get no relief from CBD, other cannabinoids should be an option. That comes from this study: On the application of cannabis in paediatrics and epileptology

Since THC, CBDV and CBD all work in totally different ways- one may be effective, where the other is not. CBD is the obvious first choice for children, but if it fails, other cannabinoids and combinations of cannabinoids should be tried. This is precisely why politicians do not need to set artificial limits of 5% THC because they are not doctors. Would HB-1 for example allow promising new medicines that contain far higher THC and less-studied cannabinoids like phytocannabinoid cannabidivarin (cbdv) in the treatment of epilepsy like this medication?

For most Cancer patients, low THC CBD oil doesn’t cut it. Glioblastoma patients need THC, CBD has no effect on it. The anti-depressant effects of Medical Marijuana come from THC, not THC-A or CBD. The bottom line is that “Charlottes web” is NOT the solution. Cancer patients and people who suffer from chronic pain need THC, not just CBD. The “Berkeley study”, where 96% of stage 4 Cancer patients who had a wide variety of Cancers achieved remission, used high dose Medical Marijuana oil, 72% THC, 28% CBD, 1 gram/day (oral) over a 90 day course of treatment.

Let’s hope Georgia can push through a bill that helps a far largely group of patients in need than the laughably restrictive bill in Virginia that was passed that will leave so many others to suffer. I want to close this article with a few notables quotes that really put the war on marijuana into perspective.

“Look, we understood we couldn’t make it illegal to be young or poor or black in the United States, but we could criminalize their common pleasure. We understood that drugs were not the health problem we were making them out to be, but it was such a perfect issue…that we couldn’t resist it.” John Ehrlichman, White House counsel to President Nixon on the rationale of the War on Drugs.

“The prestige of government has undoubtedly been lowered considerably by the prohibition law. For nothing is more destructive of respect for the government and the law of the land than passing laws which cannot be enforced. It is an open secret that the dangerous increase of crime in this country is closely connected with this.” – Albert Einstein

“The illegality of cannabis is outrageous, an impediment to full utilization of a drug which helps produce the serenity and insight, sensitivity and fellowship so desperately needed in this increasingly mad and dangerous world.” ― Carl Sagan