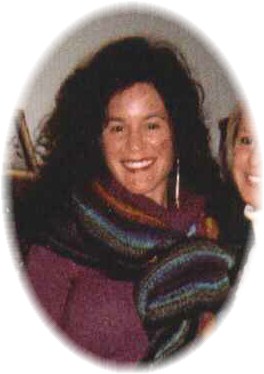 Dawson County officials are under scrutiny since the Sheriff’s office forcibly arrested a non-partisan videographer, confiscated her camera and returned the video with a gap that eliminated her “Help!” screams. But her ordeal pales compared to recent Dawson Co. related cases involving attorneys Jennifer Paige Clark and John G. Wilbanks Jr. who were found dead in Alabama and Florida, respectively.

THE STRANGE DEATHS OF TWO ATTORNEYS

Wilbanks was found with a “massive facial injury” on the beach near his Fernandina beach home north of Jacksonville, Florida on December 12, 2012.  He died of “multiple wounds to the head” after firing 3 shots from a Smith & Wesson 9mm. The medical examiner ruled his death a suicide from a single gunshot as noted in the Police report. Wilbanks was a 57-year-old member of Gideons International, a Blackshear Place Baptist Church Sunday school teacher and “a dedicated public servant with a decades-long history of effective prosecution and the administration of justice” according to his employer.

Clark was found dead of natural causes at her home in Mobile, Alabama on May 27, 2012. Her death was attributed to a heart condition although she was a 41-year-old avid runner, vegetarian, yoga practitioner and part-time ballroom dance instructor. Clark had no medical problems and her parents, Larry and Hilda, suspect that there was foul play after her aggressive exposure of corruption in Georgia.

But what do these two out-of-state 2012 deaths have to do with Dawson County and Judge Jason Deal? Wilbanks was an Assistant District Attorney who supervised the Dawson County office and Deal was the former Dawson County Attorney before becoming a Superior Court judge for Hall and Dawson counties. Just days before Willbanks’ death, Judge Jason Deal requested that the GBI investigate him for reasons that the GBI did not disclose.  Jennifer Paige Clark represented her parents against the City of Flowery Branch in Judge Deal’s court. When she uncovered corruption in Flowery Branch during depositions, Deal and his former assistant attorney, Paul Stanley, maneuvered to have Clark removed from the case and investigated. Her parents provide the amazing details:

In 2003, Jennifer Clark’s dad, Larry, sued the city because a broken water main had diverted water onto their property and damaged the foundation of a house they owned. [CV-2003-cv-2830-C] Their daughter, Jennifer, represented them while residing in Alabama. She used a free (Pro hac vice) sponsor, William J. Casey, who was also from Mobile, but licensed in both states.  During depositions, Jennifer discovered more than water was being diverted. Testimony revealed that the mayor had diverted taxpayer funds for personal use and there was more potential misconduct by other officials. When Jennifer took separate actions to hold those involved accountable, the Flowery Branch attorney filed a motion to have her removed from the case. Clark then requested her dad to hire an attorney to help her, which he did in August of 2005. She selected another Alabama lawyer named Blake Lowe but rather than use Casey as his Georgia (Pro hac vice) sponsor, Lowe insisted that he needed his own sponsor. He contacted Paul Stanley without the Clarks’ knowledge or permission.

Although he had not even met the Clarks, Stanley submitted a “Consent Order” that made him the Plaintiffs’ lead attorney in place of Jennifer Clark.  The “Consent Order” that included mediation and a continuance was never signed by either the Plaintiffs or the Defendants. It was done without the knowledge and permission of the Clarks and signed only by Stanley and Deal on November 14, 2005.

The Clarks did not find out about the bogus “Consent Order” until a February 2006 hearing. On that day, Stanley admitted in court that he had just met the Clarks for the first time. Stanley told the Clarks that Judge Deal was going to remove Jennifer from the case by revoking her pro hac vice and that he had to be assigned to the case or Deal would throw it out. Larry Clark, who hired his daughter and Lowe to represent him, was stunned by Stanley and his demand for payment just prior to the hearing. He was forced to retain Stanley, who was friends with the Flowery Branch City Manager. Clark was stunned even more he found out that Stanley billed him for many hours worked before Clark even knew him.

In March of 2006, Deal cited the bogus Consent Order and signed another order that was written by the Flowery Branch attorney to remove Jennifer from the case. In May of 2006, Deal signed an order for Stanley to withdraw and Stanley quit the case without Larry Clark’s consent. In July 2006, Deal denied Jennifer Clark’s motion to be restored to the case. He cited his bogus Consent Order again and made remarks that she believed to be false and defamatory as noted in a letter she subsequently sent Deal.

In November 2006, Clark retained Jay Casey to represent him but Deal would not allow him to be on the case. In February 2007, Jennifer Clark filed a Judicial Qualifications Commission complaint against Deal and he recused himself. In his February 2007 affidavit in conjunction with the complaint, Larry Clark explained that he had hired four attorneys and was still denied his right to representation. In June 2007, he had to settle the case without a lawyer for less money than he spent in attorney fees. He lost thousands of dollars on top of the original water damages but expected that his awful ordeal was over.

Jennifer Clark felt that she was obligated to get her dad’s money back from Stanley and clear the allegations she believed to be false in Judge Deal’s July 2006 ruling. After the commission took no action, Clark filed a federal lawsuit against Judge Deal in June of 2007 for defamation of her character and denial of her father’s due process. The case was dismissed in September 2007 [US07-cv-0071]. In August 2008, she filed a request for an investigation of Deal to the Georgia Department of Law, which referred it back to the local District Attorney. In September 2007, with Power of Attorney on behalf of her dad, Jennifer Clark sued Stanley for fraud but that case that was dismissed in February 2008. She and Larry Clark also filed grievances against Stanley with the Georgia State Bar, which chose not to investigate.

In August 2008, the Alabama State Bar opened a second investigation against Clark that was highly unusual for three reasons. [ASB -08-155] First, the bar opened the second investigation even though there was no complaint. Their letter stated the complainant to be “none”. Secondly, the bar routinely refuses to open many investigations each year after receiving written complaints from Alabama citizens. Thirdly, the investigation was opened based on the content of courtesy copies that Clark had provided for the bar during July 2008 while trying to resolve outstanding grievances against Deal and Stanley.

The second investigator, Sandy Robinson, also of Mobile, posed the question to Clark as to why a letter that she had written to attorneys for Deal and Stanley did not violate Rule 3.10 which states: “A lawyer shall not present, participate in presenting, or threaten to present criminal charges solely to obtain an advantage in a civil matter.” Clark referred her to the first investigation and asked twice to specify the language that was in question. She received no further response in their correspondence.

The bar then took the additional unusual steps of leaving both investigations open for 3 ½ years without informing Clark. The years 2009, 2010 and 2011 past as all parties went about their normal business again although Clark received some threats, harassment and vandalism. But unbeknownst to Clark, the bar rekindled their initiative against her during 2011 after Jason Deal’s father became Governor of Georgia. In January 2012, the bar filed charges against Clark all of which were based on Georgia actions stemming from the Flowery Branch case that has no bearing in Alabama.

The first set of charges made no mention of any actions by the initial investigator, Richard Shields nor gave any indication that the charges were consistent with the conclusions of the local investigation. The charges repeatedly claimed Clark violated the bogus “Consent Order” that was signed by Jason Deal in the Flowery Branch case even though the Plaintiffs and Defendants were unaware of any order and Stanley had no authority to submit one. Also listed were other related charges. The second set of charges claimed that Clark violated Rule 3.10 although the case was in Georgia and no complaint was ever filed. All charges in both documents stemmed from actions taken by Clark to counteract the bogus “Consent Order” that was submitted by Paul Stanley and signed by Jason Deal.

On May 16, 2012, that bar conducted a formal hearing on the charges that stemmed from the Flowery Branch case. Clark repeatedly explained that she could not discuss the case because it would violate attorney client privilege. She argued that the bar must obtain the express consent of her Flowery Branch case client to proceed. She also noted that there was no injured party in that case or any other of her related Georgia actions. The bar did not address her arguments but found her guilty on most charges.

On May 18, 2012, the bar issued a restraining order against Clark to prevent her from practicing law and they seized her attorney trust account. Although Clark never had a complaint filed against her by any client or the general public, the restraining order claimed that: “Clark is engaging in continuing conduct which is causing, or is likely to cause, immediate and serious injury to a client or the public.”

On May 27, 2012, Jennifer Paige Clark was found dead in her home after being unmercifully harassed. Clark had appealed to the Alabama Supreme Court a few days earlier. Ultimately, her “misconduct” involved threatening government officials with criminal prosecution while a civil case was still pending. Neither Jason Deal nor Paul Stanley has ever been held accountable for signing the bogus “Consent Order” and setting off a chain of events that likely led to the death of Jennifer Paige Clark.

NOTE: Special thanks to Alabama’s “Legal Schnauzer” blogger, Roger Shuler, for his in depth coverage of a story that was just too hot for Georgia media organizations to touch. Here are his original postings: