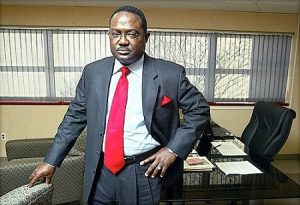 The Macon Telegrah just reported that deposed and disgraced former Bibb County Superintendent Romain Dallemand had the audacity to come out of hiding and wants to clear his name from the PSC findings. Not much in the article yet but it is interesting that Romain decided to venture out of his lair.

He said he was never notified of the adverse decision against him by the PSC to remove his license and learned of it only by reading a report in the “Macon County Telegraph.” What an idiot.

This bleeping moron that served as the Bibb County superintendent actually called Bibb County “Macon County”. It is the Macon Telegraph.There is a real Macon county in Georgia and not all that far from Bibb county in fact. The people of Macon County’s  hearts probably skipped a beat if they thought ol’ Romain was headed their way. They also probably hid their wallets.

You would think he would get the name of the Macon Telegraph correct given his cozy relationship with Charles Richardson who became his de facto PR guy. Charles never missed a chance to sing his praises and continued to so so even after the bubble had burst.  Not to mention Richardson’s wife who  was hired by Dallemand in a highly-paid and do-nothing cushy job at the Welcome Center. Maybe he wants to forget us folks in “Macon County” as badly as we would like to forget him.

Notice the timing of his letter coincides with the departure of Dr. Steve Smith only recently. Dr. Smith said he had no choice but to submit the findings to the Georgia Professional Standards Commission because failure to do so would be a violation of the Georgia Teaching Ethics Code and he would risk sanctions if he had not come forward. He was not going to risk his own license to cover up what Dallemand did while superintendent.

Perhaps he is counting on the fact that a person he hired Dr. Kelley Castlin-Gacutan will be more supportive of his efforts to help him regain his credentials from the PSC. She replaced Dr. Smith as interim superintendent.  I wouldn’t count on that Romain. She too understands the ethics code implications and the damage she could face to her own career. She is also acutely aware of the damage he did while he was superintendent because it is now her job to clean up the mess which is a lot harder to do with $52 million missing from the budget. Dr. Castlin-Gacutan may have been hired by Dallemand but she is showing herself as a person of integrity and ability so I do not see her becoming an ally to the likes of a man like Dallemand.

The Georgia PSC is also not under the control of the Bibb BOE and as an independent authority they made their own assessment and judgement. The likelihood of them reversing their decision especially with all the new information released since Dallemand went on the lam is slim to none The FBI and GBI are also doing their own investigations to see if criminal charges can be brought in regards to the missing $52 million.

This should get good so stay tuned!