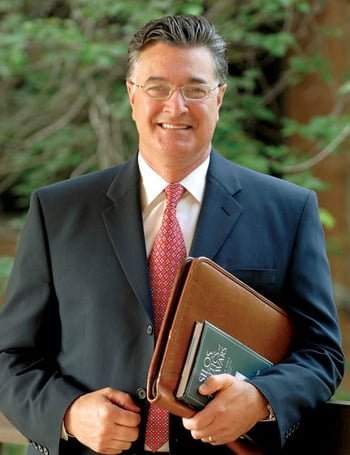 Several journalists have contacted Dr. Tricoli over the past few days, and a lot of questions have been thrown his way.  He wanted us to be clear with our readers that he was not involved in any discussions with either GPC or USG leaders about the merger.  But we believe that given the fact he led GPC for six of the past eight years, his viewpoints on this topic would definitely be pertinent.  Here are his candid answers to the questions asked by me and other journalists.

Q) Did Chancellor Huckaby ever talk with you about merging GPC?

A) In 2011 Chancellor Huckaby communicated with the college presidents about his desire to merge several institutions.  As he explained it to me in a telephone conversation, the goal of such mergers were strictly financial.  When I asked him if GPC was part of that plan he said, no.  He explained that we were so large with nearly 30,000 students that we would stand on our own.  If these mergers are really all about saving money, then the Georgia Senate and House Education Committees and Georgia taxpayers should be told right up front exactly how much money is being saved by this merger.

Q) As you may know, the enrollment at GPC has dropped every semester since you left the college.  Do you believe that was planned in order to make merging more likely?

A) Let me start by saying that I am all about access to college.  Georgia needs institutions that are accessible to the population.  There was no reason for GPC’s enrollment to drop off, unless that drop was a planned action.  Before I left GPC in 2012, we (Dr. Alan Jackson, Dr. Lisa Fowler and me) were in the final days of a contract negotiation with Fort Gordon that would have brought 6,500 new students to GPC in the fall of 2012.  That would have raised our total enrollment to 33,500 students in the fall of 2012.  It’s sad for me to see that over 7,000 less students per semester are currently being admitted to the college.  Over a period of six semesters, that’s a total of 42,000 students who have been negatively impacted and are not getting an education at GPC.

Q) Is this merger between GPC and Georgia State University a good idea or a bad idea?

Q) What about the missions; are they at least compatible?

A) A look at the Georgia State University website shows that many missions exist at GSU.  It appears that each college within the university has their own mission.  I could find none of those that match GPC’s singular mission.  GPC’s mission is all about providing access and opportunity.  Georgia State University has graduate and doctoral programs, professional and academic schools and degrees, and an important research agenda.  I could not find no alignment of overarching missions between these two institutions.  The populations of students these two very different institutions are meant to serve are as different as their founding principles.  For the past 100 years, GPC (formerly DeKalb College) has been serving a large “learning support” population.  That mission is typical and expected of a community college.

Asking these two institutions to “merge” their institutional vision, mission and values could either result in a watered down mission for Georgia State, or a mission for GPC that simply doesn’t support about 70% of the incoming student population it enrolls.  That may be challenging for the BOR and USG to understand, but that’s a fact, and that’s where the rubber meets the road; again it’s all about access; and access is where student success begins.  The welfare of students, their educational challenges and their educational goals, in my opinion, should always be placed first in these discussions.  Without a focus on access, this merger will result in a loss of students attending this merged institution.

Q) Does it make any sense to eliminate GPC?

A) GPC is the only “community college” outside of the urban (downtown) area of Atlanta within a reasonable driving distance to most residents; its five campuses makes that possible.  If you take the only access mission institution away from millions of people, then you end up with no place for these students to turn in the USG.  Fortunately, the technical college there in Clarkston is a very good institution, and I certainly see a great value in technical colleges in America today, and I support them 100%.  We need technical colleges to keep our communities economic engine strong.  But then again, not all students would make that choice. If they would have made that their choice, then they would have done so from the start and not attended GPC.

Q) Would you have supported this merger?

A) With the scant amount of information that has been provided to the public at this point (i.e. no dollar savings data, no published plan for reorganization, no clarity on faculty and staff layoffs, no hard plan for continued access for students, no solid information on academic compatibility (faculty meeting with faculty), no clarity on mission statements, and no published plan describing how this merger will help learning support students, I could not have supported the BOR’s decision to takeover GPC, as it does not appear to be in the best interest of the students I represented as GPC’s president.  At face value, without data, this does not appear to be the right thing to do to GPC’s students.

Q) What do you think about the shared-governance approach to use in a merger of institutions and people?

A) I would have thought that the constituents of these two institutions would have been involved in a well-developed consultation process from the start, so they could share their ideas and concerns “before” the BOR made a decision and rushed it through.  We all know that support is generated by “including” people in decision making processes, not “surprising” them with decision in which they have played no part.  I couldn’t imagine doing that to the faculty, staff and students I was there to support; and had I still been at GPC. I simply wouldn’t have implemented any part of this without consultation of the employees and students prior to any decision being made.  The most highly effective institutions of higher education engage in collegial governance as a standard operating practice, there appears to be no evidence of that taking place in this “merger.”

In addition, and unfortunately that’s not the way this current administration in the USG operates.  The non-renewal of my contract was the first clear example of “Ready, Shoot, Aim.”  If you would review the audits of the budget during my tenure you would see that the college budget never finished in the red, we always had funds to cover our expenses.  So, here now are two examples of “Ready, Shoot Aim:” 1) my removal; and 2) this merger.  Some other leaders in Georgia have said the elimination of Southern Polytechnic State University was another example of “Ready, Aim, Shoot.”

Q)  How will this merger impact the racial, ethnic and cultural communities that these two institutions serve?

A) Upon starting as GPC’s president I was told by my USG Sector Head that I was to reduce GPC’s student enrollment by 7,000 in Gwinnett County. However, I quickly learned that many of those particular students were classified as under-served.  Unfortunately, that point didn’t seem to concern the person to whom I reported.

Nor did he care when I shared with him that the mission and role of a community college is to serve the under-served, and that those particular students who would be harmed the most by this decision were the under-served (African-American and Hispanic students).  For five years, I vigorously pursued increasing GPC’s access to the minority student population in the five metro-Atlanta communities served by GPC.  The success of those efforts is well documented.  Community colleges have a mission to serve all populations, as such; it was my job to open the door of opportunity to students of all races.

In 2010, I worked with Mayor Shirley Franklin and Congressman Hank Johnson to bring the community together to discuss ways to increase the college-going African-American male population.  We even held community open forum discussions for interested community members to discuss this very important topic on GPC’s Clarkston Campus.  Unfortunately, this program also didn’t go over very well with my USG Sector Head.  A year or so later, I worked with the leaders from the Goizueta Foundation to create GPC’s first program to fund scholarships to deserving Hispanic students.  The Hispanic population deserved the same opportunity as all other student populations to attend college, and I wanted these students to see GPC as their college.  That program is called GEAP and has enabled hundreds of Hispanic students to attend college at GPC thanks to the kindness of the Goizueta Foundation’s generous gift. I hope these two populations of students are not forgotten in this “merger.”

Q) What do you think will be the ultimate result of this merger down the road? That is to say, do you think it will largely be viewed as a success or a failure.

A) That is a difficult question to answer.  With approval by the Board with so much unknown at this time.  Success or failure of this project will only be known over time, and it will be measured by the success (or not) of the students’ ability to attain their goals.  Remember, this “merger” was sold as being in the best interest of students.  I certainly hope they put GPC’s students first in their discussions from this point forward.  I also hope the Georgia Senate and House Education Committee Representatives hold the USG accountable and begin this process by asking for the budget and cost savings plan (that should have been completed well in advance to announcing any merger).

Q) I recently published an article where I hypothesized that your ouster had this merger in mind. Now that you have read my own article, would you agree or disagree with the premise I put forward that your removal was partly due to this planned merger.

A) I believe that your hypothesis is correct.  It certainly was easier to make this happen withoutall of the questions I would have asked.  Some people have leadership styles that are best described as “shoot first, ask questions later.”  My style tends to be more in line with gather the facts, have open discussion, and make the best decision for all.  I would have asked a lot of questions on the behalf of our faculty, staff and students.  So, yes, I believe your hypothesis was spot on.
Q) Do you think the reason no permanent president replaced Rob Watts was due to the fact that this merger was already planned several years ago?
A) There is no question in my mind that this process has been developed over a good amount of time.  This topic has likely been in discussion since I left in 2012, and more than likely before I left.  If the USG was contemplating merging GPC with another institution there would have been no reason to hire a permanent president.  All of that plays in into the theory that it was best to have me out of the way in 2012 in order to make this happen at this time. As I have shared all along, the “budget crises” was merely a smokescreen. The only dollars the USG found to be problematic with the budget in 2012 was the $6.7 million in fringe benefits mismanaged by the Human Resources Department.  If there really was another $9 million missing they would have gone after it.