Today Ted Cruz might have definitely made a lot of his own potential supporters very angry with a tweet.  He compared Net Neutrality to Obamacare.

Net Neutrality is the idea that there should be no slow lanes and we should all get equality of speed and services. Some companies like Comcast, Verizon, and other ISP are against Net Neutrality because they want to charge companies like Netflix, Hulu, Vimeo and others more money. That would mean consumers would end up paying more. Think of it along the lines of AT&T recent throttling of consumers on their cell phones.

The hash tag for discussion on this topic in twitter blew up immediately #NetNeutrality Out of the thousands of tweets I did not see even one that agreed with Ted Cruz in support of more expensive and a slower internet for consumers. Senator Ted Cruz—who accepted campaign funds from telco giant Comcast is very much in their pocket it seems and very much against ordinary consumers with that stance. 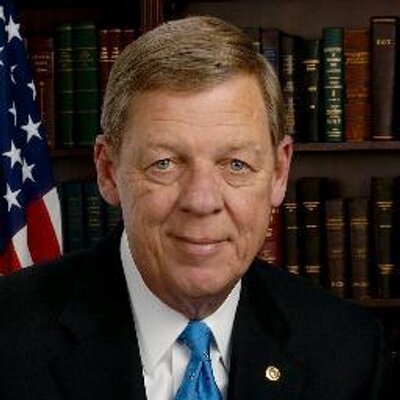 Johnny Isakson who is running for reelection in 2016 would be wise to not follow Ted Cruz into that abyss. It’s a safe bet that this is just the opening shot in a coming cascade of political sludge that will characterize net neutrality as the spawn of socialism, liberal charity and more. And while the telecom giants have been relatively subtle in their messaging, that will change as Title II becomes a real possibility for the first time. Title II of the Communications Act of 1934 — which was written for copper-line phone networks — came into sharp focus last week after activists and broadband providers complained about a compromise plan his staff floated last month.

Senator Isakson I hope you will support the correct path for Georgia constituents and support Net Neutrality. I also hope David Perdue will voice his support along with outgoing  Senator Saxby Chmabliss.

Here are some links to let them know that you also support Net Neutrality whether you are a republican or Democrat because you are tired of paying higher and higher prices for the internet and this would likely lead to even far higher ones at slower speeds.

What you can do Right Now

Send a Quick Comment to the FCC
While the agency’s official comment period ended on Sept. 15, the docket for comments remains open. Use this tool to craft a quick message and we will make sure it gets filed.

Pick Up the Phone

Call Congress
We need Congress to speak out about this now.

A Letter to the Editor
Get tips on how to craft a letter about Net Neutrality to the editor of your local paper. Policymakers and their staff read these letters to get a sense of what their constituents care about. These letters also sway editorial boards and journalists and help raise awareness in the community.
Write to Your Member of Congress
Want to send a personal note to your member of Congress? Email us and we’ll send you some samples to work from.

Honestly, #NetNeutrality has become one of my biggest political priorities, and my views on it are what made me start voting @TheDemocrats.

"There are no toll roads on the information superhighway," President Obama said today. http://t.co/7LL8f1BckP #NetNeutrality

It's time for the @FCC to do the right thing and adopt @BarackObama's #NetNeutrality plan as soon as possible.

4 (suggested) rules for #NetNeutrality from Obama: no blocking, no throttling, no paid prioritization, > transparency http://t.co/giJ5IlU9vv

And IMO, politicians are experts on nothing except fundraising and blowing hot air. #NetNeutrality