Whether you are a supporter or detractor of Obamacare, you can not avoid the simple reality that Obamacare won’t be repealed anytime soon. (if ever) At some point pragmatism has to kick in and politicians must realize there are many priorities in need of their attention.

While the Chinese build superhighways, bullet trains, and install fiber internet all over their country we are paralyzed over squabbling about health insurance. Our roads, bridges, tunnels, power grid that used to be the envy of the world are now second rate at best and crumbling before our eyes. That is certainly not our only urgent problem but at least it’s a start. Democrats and Republicans need to find one area where there is a chance for some bipartisan cooperation and get to work. Who knows, a couple of bills without rancor and vitriol might catch on and lead to cooperation in other areas.

Partisan grandstanding can wait, but crumbling bridges cannot. Gridlock in Washington is potentially a far bigger enemy than ISIS. I don’t think new laws are always necessarily a good thing, but we have enough bad ones on the books that need to be fixed. There is simply no excuse for accomplishing absolutely nothing these past two years. America cannot afford another two years with a do-nothing congress.  There is a lot more that can be done in Washington besides flowery speeches, doing the news talk circuit, and flying back to their home states nearly every week to meet with their big donors. Wouldn’t it be nice if they passed a law for example that made sure congress had to do actual work for 40 hours a week in D.C. before they were allowed to fly home on our dime or give news interviews? What a novel idea that people should do the jobs they were hired to do. With 239 vacation days a year is it any wonder so many are desperate to get re-elected?

As I watched the debate with Michelle Nunn and David Perdue, I couldn’t help but be disappointed that Perdue wasted so much time in a relatively short “debate” on an issue he will have no power to 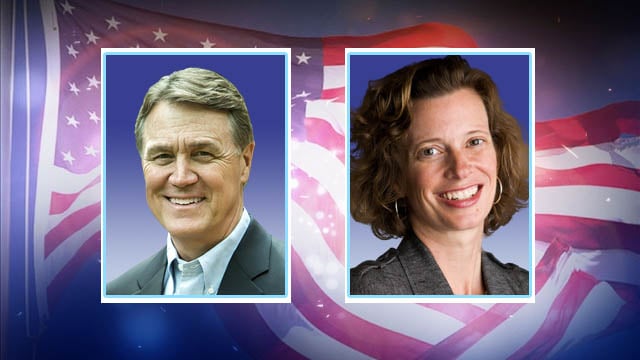 change if he were elected. Wouldn’t it be glorious if we had actual debates instead of campaign speeches and canned talking points? Let them sit on stage for two hours with no moderators and ask each other unscripted questions. No holds barred actual debate. For anyone that has ever watched a high school or college debate or indeed Question Time in the British parliament you would never use the term debate for the farce on display in this country ever again. There are no debates in American political campaigns or even on the Senate floor, only prepackaged sound bites ready to be uploaded on Facebook, Twitter and YouTube as soon as they are uttered.

David Perdue’s promises to repeal or defund Obamcare will ring just as hollow as those made by Saxby Chambliss. He is quoted as saying “I absolutely think it is unfixable.” Well Mr. Perdue you are certainly allowed to think anything you like but you cannot redefine the parameters of reality. It is here to stay for the foreseeable future. If you cannot fix it then perhaps you need to step aside for someone that can or at least wants to try. Ignoring reality will not change the outcome. You should also acquaint yourself with polls showing most Americans want congress to fix not repeal Obamacare.

The GOP should have been more engaged in the discussions before it became law and possibly watered down even more provisions that they felt were extremely unconservative. They did not have the votes to stop ACA, but the Democrats were willing to offer even more compromises for the simple reason that they wanted to present this bill as a bi-partisan effort.

Some people are trying to rewrite history to now pretend Republicans were pushed out of talks and not given a voice at the table which is simply factually incorrect. They left the talks on their own accord. The Affordable Care Act was the result of more than a year of congressional committee hearings in which progressive ideas like single payer or a public option were thrown out and hundreds of GOP amendments to the law were added in exchange for zero Republican support or votes.

Let’s play the hypothetical game for a moment and assume the Republicans manage to not only take control of the Senate but also achieve a filibuster proof majority. I am pretty sure President Obama would veto any bill trying to repeal his signature legislation. It is hard for me to understand the obstinacy over this issue. The stunts by Lee and Cruz and the gullible people that fell for their ploy fell flat on it’s face when they shut down the government and it backfired. It was a pointless stunt that wasted millions and accomplished nothing.

Even conservative commentator Charles Krauthammer had finally had enough of Cruz and spoke out. “Those who fancy themselves tea party patriots fighting a sold-out cocktail-swilling establishment are demanding yet another cliff dive as a show of principle and manliness.

But there’s no principle at stake here. This is about tactics. If I thought this would work, I would support it. But I don’t fancy suicide. It has a tendency to be fatal.”

At some point in time one has to wonder why electoral realities don’t kick in when governing and members of both parties try and put aside ideologically driven decision making and work together on a compromise. Yes, I used the “C” word. COMPROMISE.  Why is that word so dirty all of a sudden. The compromises reached by Bill Clinton and Newt Gingrich as well as Ronald Reagan and Tip O’Neil and so many other examples allowed things to get done and for the country to prosper.

Ideological  purity has now replaced sanity in some quarters. Men and women who were once described as far right of center are now attacked as RINO’s. The GOP is having a civil war for control of the party. In examples where Tea Party supported candidates face off against establishment  Republicans you would be forgiven for thinking they were from different political parties.

The negative attacks ads as well as the sharp difference in opinions on key issues are portents of an eventual party split or a continuing shift to the right. As much as they try and pretend everything is copacetic and everyone are friends again, there is still a lot of resentment and distrust between the two camps. A further shift to the right might placate Tea Party supporters but will alienate moderate Republicans in the center and possibly force them to vote for Democrats.

Ronald Reagan is as close to a conservative saint as you can find, but people don’t remember that he often compromised to get things done. He also did many things that would be considered political suicide in today’s Republican party.  I think that real defenders of conservatism need to embrace often painful compromise as baby steps towards the ultimate goal instead of standing on principle and getting nothing out of it. Otherwise, the GOP will become a party that stands on the outside looking in at legislation shaped as more Democratic presidents continue to get elected. Demographics are not in the Republican party’s favor.

Ideological purity based on no compromise will ensure political obsolescence. It also guarantees no Republican will be elected president anytime soon. Republicans have to become more than the Anti-Obama party. Standing against Obama might win the Senate in 2014 but it won’t win the Oval office in 2016 nor will it be a viable long-term strategy. The Republican party  has to attract more women, more people of color, and a younger demographic if it hopes to expand the base.

In all the polls that show unfavorable ratings for ACA there is one inconvenient number in the polls not widely reported. Most Americans don’t want Obamacare repealed though most do support modifications. Depending on the wording of the poll you can manipulate numbers from for the repeal between 25% to around 50% but when you ask people specific questions about no lifetime limits on insurance payments, the inability of insurance companies to cancel if you get sick, and other popular parts of ACA the vast majority of Americans are in favor of those provisions. Many asked  also had no idea those provisions were even part of Obamacare, but if it were repealed they would learn pretty damn fast and then the Republicans would feel their wrath very quickly.

It is obvious that the Republican leaders understand the polls very well. They realize if they had  a supermajority in congress and a Republican president that wanted it repealed, they would have to put up or shut up. They would then have to tell millions of Americans they no longer had health insurance. Would they have an easier time remaking health care in this country? If it were that easy it would have been enacted under the combined twenty year terms of Presidents Reagan, George H.W. Bush and George W. Bush or the many before them.

They also realize Obamacare is their single biggest donation money maker. If it were ever repealed that money would dry up. Not to mention it gets people to the polls for elections. Make no mistake. The Republican leadership has no intention of repealing Obamacare anytime soon if ever because they have far too much to lose and nothing to gain. It is much easier to be a restaurant critic than to be the chef.  As long as ACA is the law of the land they have a wedge issue to get people to vote and also to donate. They won’t give that up easily and will continue to milk it for as long as they possibly can.

The Republicans are as deeply invested in seeing that ACA is not repealed as are the Democrats albeit with different motives. If they are smart they will try and fix certain aspects where even Democrats agree changes need to be made to make improvements. A strategy based on promising to repeal ACA may work in the short-term but may well be disastrous long-term as poll numbers shift. A pyrrhic victory is no victory at all.