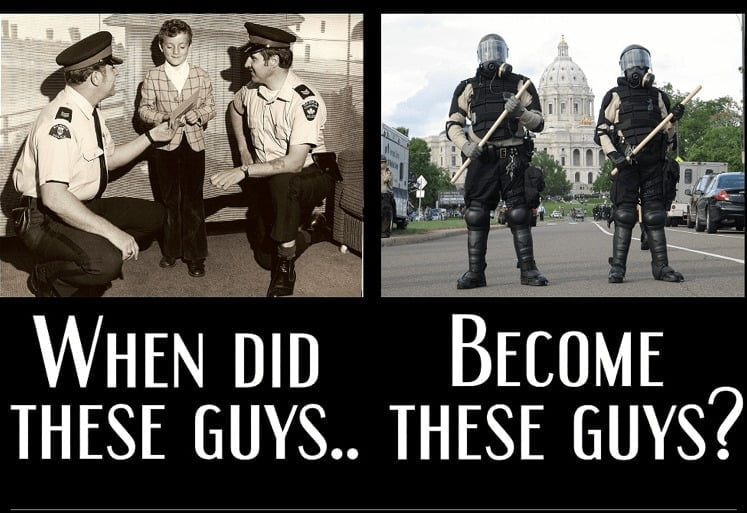 “…the house of every one is to him as his castle and fortress, as well for his defence against injury and violence as for his repose.” –
-Sir Edward Coke, Attorney General of England, Semayne’s Case (1604)

Yesterday, I attended the House Judiciary Non-Civil Subcommittee hearing on HB56, Representative Kevin Tanner’s no-knock warrant bill. This legislation has been touted as a restriction on raids such as the one in Habersham County where 2 year-old Bou-Bou Phonesavanh was severely injured by a stun grenade.

A “no-knock warrant” is when a judge authorizes law enforcement to forcibly enter a home without first announcing their presence and identity. It’s easy to see how dangerous this can be, and indeed there are countless cases of both law enforcement officers and homeowners killed or injured in the chaos accompanying a forced, unannounced entry. Avoiding this predictable outcome has been a priority of the Western legal system for centuries; the “knock and announce” rule was articulated by Sir Coke in 1604:

“In all cases when the King is party, the sheriff may break the party’s house, either to arrest him, or to do other execution of the King’s process, if otherwise he cannot enter. But before he breaks it, he ought to signify the cause of his coming, and to make request to open doors…”

The U.S. and Georgia Constitutions both absolutely prohibit unreasonable searches and seizures. A forcible entry with no prior announcement of authority or identity is per se unreasonable – something well understood by generations of Georgia legislators: according to the Official Code of Georgia, no-knock warrants are illegal. OCGA 17-5-27 plainly states that when executing a search warrant, law enforcement officers are required to give verbal notice before entering a home by force.

So why are dozens, if not hundreds, of no-knock search warrants being served around the state of Georgia on a daily basis? Judicial activism. Though the legislature made no changes to the verbal notice requirement of the search warrant statute, after a 1970 ruling by the US Supreme Court, these “exceptions to the knock-and-announce rule” began to creep-in on a regular basis. Rep. Tanner said that the “clear precedent set by the courts” makes it ridiculous to think that no-knock warrants aren’t legal – but that’s a huge violation of separation of powers.

We’re seeing a lot of terrible things happen with no-knock search warrants, one of which is the trend for knock-and-announce search warrants to be served in substantially the same manner – such as the 11pm raid that killed David Hooks in Laurens County. It’s admirable that we have legislators who want to step up and address the problem. But it is imperative that we not make the problem worse in an attempt to fix it.

As well-intentioned as HB56 and SB45 are, they both specifically legalize no-knock search warrants. A concept that currently does not exist in the Georgia Code, that goes against every principle of our Founding, and even centuries of English common law, would be given the official approval of the people of Georgia. This would be a tragic step backwards for our civic freedoms.

I have talked to many law enforcement officers who insist that they need no-knock search warrants in order to protect themselves. I have talked to many others who are deeply concerned about the practice and would like to see it ended for everyone’s safety. (One woman speaking at the hearing yesterday was the mother of a police officer who said her son and his friends get carried away and need more restrictions.) But the injuries and deaths speak for themselves – this is a dangerous practice for all parties, and should not be given further legal sanction. Our legislators need to have the vision to see beyond the immediate demands of agencies that have been flooded with cheap military equipment by the federal government, and are looking for reasons to justify its use and presence.

Of further concern are the provisions in HB56 requiring that all agencies adopt regulations regarding no-knock search warrants by September 2015. This is passing the buck – if there are procedures that need to be in place limiting search warrants, then that’s what the legislative process is for. It’s also a huge windfall for the contractors who will be able to write these regulations and sell them to local agencies, with little to no oversight. And while the reporting requirements are admirable, there is no enforcement mechanism.

The core issue here is that everyone agrees no-knock warrants are problematic: they are routinely justified by saying “it’s only a small percentage of warrants” (not true in my experience, though different jurisdictions have different setups), and even the law enforcement community is supporting restrictions. But we KNOW they’re problematic – that’s why they’re illegal! The sponsors of HB56 want to skip the hard task of justifying the legality of the practice in the first place, and skip ahead to saying that it’s time for regulation to fix the problems. This is the perfect opportunity to talk about why we’ve gotten so far away from our actual laws in the first place.

In sum, this isn’t a matter of objecting to incremental change because it doesn’t go far enough – this is an objection to a threat to the core of our constitutional freedoms and citizens of Georgia and the United State. No-knock warrants are dangerous and antithetical to our founding principles. It’s time to reverse decades of judicial activism fueled by federal government intrusion, and end the practice entirely. At the very least, don’t make it officially legal. Please email Rep. Tanner and tell him not to legalize this dangerous, unconstitutional practice.