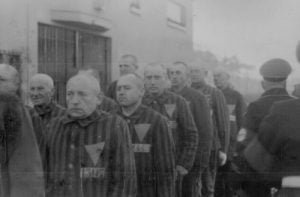 I recently reported on what I consider to be sleaze journalism more suited to The National Enquirer than an institution that purports itself as the official county news organ. The full article is here: Superintendent in Monroe County Georgia Harassed After Being Outed as Gay  Basically Will Smith, the editor/publisher of the Monroe Daily Reporter, seems to have allowed his own ideology and his position as the editor to try and ruin a man’s life and career because he has a problem with gay people.

In one tweet he uses the term “Gay-Stapo” likening gays to the Nazi Gestapo. I suppose the irony that the real Gestapo rounded up homosexuals and sent them to the their death in concentration camps escapes him. They were given a pink triangle at the camps. Thousands of homosexuals died in the gas chambers along with Jews, Poles, leftists, Gypsies, Jehovah’s Witnesses and many other people the Nazi’s deemed undesirable. I wonder if he would be so flippant about calling Jews Jew-stapo? or Poles the Pole-stapo? 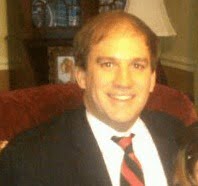 Mr. Smith thought it was newsworthy to publish a slimy innuendo-laden article about the local Superintendent of schools being gay. This came about from an anonymous source that sent a tip his way advising him that the superintendent had a profile on Grindr. This is an app similar to Tinder but for gay men. There is nothing unusual about any gay man having an account on Grindr and in fact I would be more surprised to find a gay man without an account on Grindr. It can be used to make friends, chat, and also for more intimate encounters not unlike Twitter or Facebook. There is noting untoward about having or using that app especially in a town without a gay bar or any other gay clubs where people could meet. Even in Macon, GA the closest city of size to Forsyth lacks even one gay bar.  If open records requests were submitted to heterosexual public officials in Monroe County to snoop around their phones I am quite sure you would see the equivalent apps and messages on their phones as well. Perhaps some open request records are in order?  😉

Well after I published my last article I received a tip from someone from Monroe County. It appears that Will Smith is overtly homophobic and isn’t afraid to share his views on social media. All journalists are biased and have political views. I certainly do not hide my views. That is not unusual at all since they are human beings. What is unusual however is choosing to be overtly racist or homophobic on social media. Some things are beyond the pale regardless of your views especially when you are the editor and publisher. I will post some tweets below and you can be the judge. But it now appears that this unnecessary mudslinging against Anthony Pack has more to do with his own insecurities as a result of homophobia than any desire to report the news from Monroe county.

And just in case Mr. Smith decides to delete those tweets I made sure to take screenshots. It seems Mr. Smith is an avid retweeter and most of his feed are retweets with surprisingly sparse original thought. I will also include a few more from his feed which are atypical to most newspaper publishers since there are an abundance of misogynistic, Islamophobic, and racists tweets on his twitter feed. It also shouldn’t come as a surprise that Monsieur Davis appears to be an avid Ted Cruz fan.

The freedom of speech is a wonderful thing we all enjoy regardless of ideology or political views. I am not faulting Mr. Davis for his strong tea party stances even as I disagree with them, but as a newspaper publisher and editor in a town with only one newspaper you would hope that he would try and show a bit more restraint and not try to alienate people to this degree. More importantly I fault Mr. Davis for using his newspaper to try and have Mr. Pack fired simply because he doesn’t like gay people. Mr. Pack’s sexual proclivity and his private message to other consenting adult men is no business but his own.

Will Davis isn’t interested in reporting news, but rather a more insidious motivation based on prejudice.  He doesn’t seem to care about whether Mr. Pack is doing a good job as a superintendent which is a story worth writing. He only seems to care about Mr. Pack’s romantic life and I find that very troubling for Forsyth’s only newspaper.  I would find it troubling if they had ten newspapers but at least then people would have alternatives.

One wonders if the Monroe Crusader isn’t a more appropriate name for this sleazy rag than Monroe Reporter? 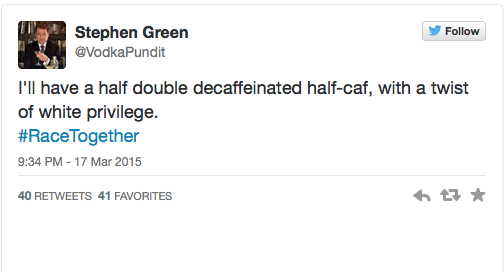 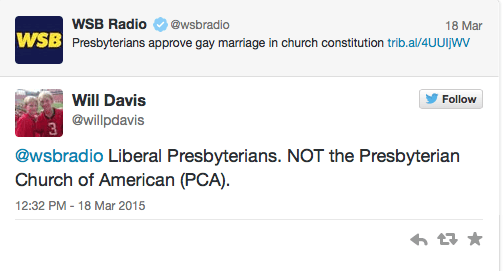 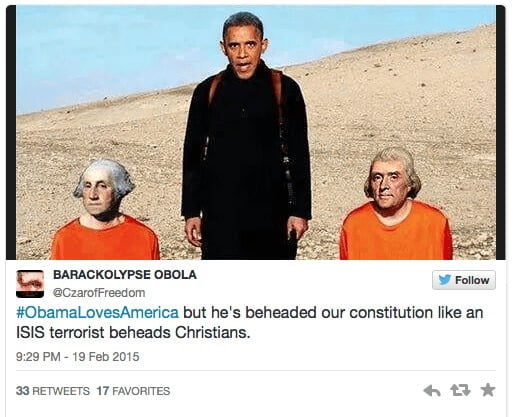