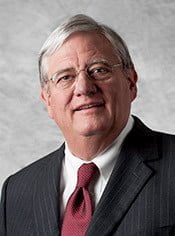 Brookhaven City Attorney Thomas Kurrie resigned this week after allegations by multiple news agencies that he altered a document, resisted full public record disclosures and made false statements to protect Mayor J. Max Davis.  Kurrie’s deceptive response and handling of Open Records requests protected Davis from allegations of harassment raised by two employees in the now famous “Lysol spraying incident”. But the bigger story is that it also protected Davis from more serious concerns documented in a memo from City Manager Marie Garrett who contended that Mayor Davis violated the City Charter multiple times. Kurrie’s actions drew the ire of the city council in a meeting held on Tuesday after Councilman John Park wrote Kurrie and the council members that he believed Kurrie’s actions were in violation of Title 45 Chapter 11 Section 1 of the Georgia code. 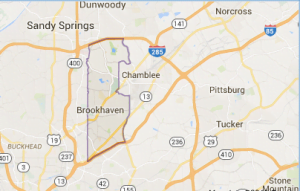 (For those of you not familiar with what area Brookhaven covers, here is a map. It roughly covers the area from around Lenox mall in the south northward past Oglethorpe University to Perimeter and to the east. On July 31, 2012, Brookhaven was approved in a referendum to become DeKalb County’s 11th city. Incorporation officially took place on December 17, 2012. With a population of around 51,000, it is the largest city in DeKalb County. The new city stretches over 12 square miles.) 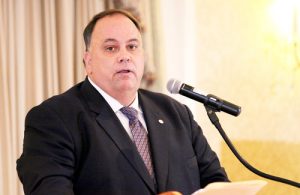 The full version of city manager Marie Garett’s email accused Davis of forcing the hiring of Belinda Damos, trying to get the city manager to say that she hired her and then lying to Garrett to say that he had full support of the council when he had not told a single council member about the hiring. She went on to contend that the Mayor was improperly directing the work of Mike Hassinger, the former Vendor for Communications. In addition, she alleged that the mayor had hired an auditor without the full agreement of the council. All are violations of the Brookhaven City Charter. 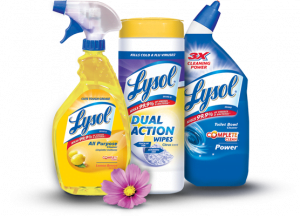 The Political Vine was the first to break the more detailed story called J Max Davis & Tom Kurrie: The Joker and his Henchman that was picked up by the Brookhaven Post and a incorporated into front page in-depth report in the Atlanta Journal Constitution. This came to be known as Lysol-gate because it is alleged that Mayor Davis sprayed two female city employees with Lysol.

Mayor J. Max Davis has also resigned to seek the House District 80 Seat formerly held by Mike Jacobs who was appointed as a judge by Governor Nathan Deal. Davis is running against Republicans Catherine Bernard and Loren Collins as well as Democrat Taylor Bennett. A debate sponsored by the Brookhaven Chamber of Commerce is scheduled for 7PM on Tuesday June 23 at Oglethorpe University. But there is more.

I was just tying Cagle’s shoes while under his desk  😳 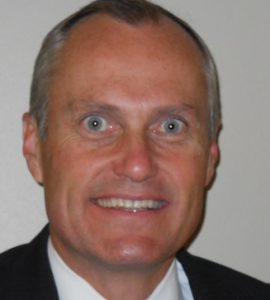 To assist in fundraising, Davis retained Elizabeth Dewberry the former campaign worker for Lt. Gov. Casey Cagle who was allegedly found with Cagle in a compromising position when a Capitol secretary walked into Cagle’s office unexpectedly during August of 2008. Her departure from Cagle’s staff had to do with the fact that this couple was caught in the act at the Capitol in Cagle’s office by a secretary, Laurie Sparks.  Dewberry reportedly claimed she was “tying Casey’s shoes” under his desk.  Ms. Dewberry left the campaign when the event became public knowledge at the Capitol and a complaint was submitted to former Ethics Chairman, Eric Johnson.   Johnson squashed the matter in 2009 and Cagle immediately resigned his 2010 bid for Governor referencing a spinal disorder that would inhibit his campaigning for a statewide office. He then ran for re-election as Lt. Gov., another statewide office and even ran in the 2010 Peachtree Road race. Days after Cagle withdrew his bid, Eric Johnson entered the race for Governor.  The Savannah based Johnson is hosting a fundraising event organized by Dewberry in a home he has in Atlanta.

Here is what Erick Erickson wrote on his Red State Blog.

Cagle intended to run for Governor of Georgia this year, but due to “back surgery” he felt would make running for statewide office too burdensome, he decided to seek re-election as Lt. Governor — also a statewide office.Rumors have long circulated that Cagle has a philandering problem too. This is the point where we get into wink-wink-nod-nod territory as there have been long, assorted, and firm denials (puns kind of intended), but pretty much anyone you talk to treats the stories as fact.Basically, the main story goes (and this story is not new), after Cagle got elected Lt. Governor and before he actually took the office, a secretary whose name many of us know walked into his office looking for him and found him standing receiving . . . well . . . let’s call it a Lewinsky . . . from a lady not his wife who shortly thereafter allegedly parted ways with Cagle’s campaign wherein she had been employed.And that’s not the only rumor about the Lt. Governor and not the only woman allegedly connected to the Lt. Governor. The latest story, recounted nearly identically to me by a couple of people, circulating about the Lt. Governor involves earrings that went missing in his vehicle — he wanted someone’s head for the supposed theft until it was politely pointed out that the incident would create a record and Mrs. Cagle might wonder exactly which pair of her earrings had gone missing.

Here is a video from Cagle’s visit to the UGA Young Republicans, in which he defends big money kingmakers that make lawmakers do their bidding. His opposition to medical marijuana and loosening Georgia craft beer laws makes a lot more sense after watching this video.  Read more on Casey Cagle here.

Don’t Mess with the Godfather 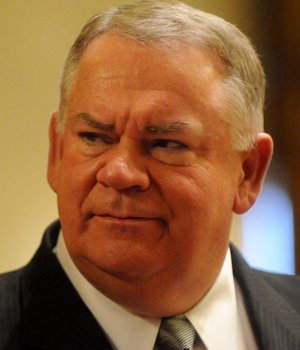 Another fundraiser for Davis is House Speaker David Ralston, who has a history of using his legislative leadership team to flood Republican primary races with out of district money for a favored candidate thus subverting the will of district voters. In 2012, Ralston flooded House District 22 with about $17,000, including $5,000 from the speaker, in attempt to elect candidate Meagan Biello. Mrs. Biello did not win the race despite receiving 97% of her funds from out of district sources. The legislators were more successful in 2010 when they flooded House District 46 with about $27,000 of out of district money to elect John Carson who received about 93% of his funds from legislators, lobbyists, PACS and corporations. The losing candidates in these races raised 95% or more of their money from individuals. Are we witnessing another attempt to purchase a seat in House District 80? Will the voters and media outlets of Brookhaven, Sandy Springs and Chamblee become informed enough to stop it?