I have been following and writing about several whistleblower lawsuits against various state agencies including the University System of Georgia and the Board of Regents. One of those lawsuits involved controversial former UGA president Michael Adams who many are thankful is back home in California as president of Pepperdine. Vince Dooley and many others who knew Adams personally aren’t sad to see him go. The current USG chancellor Hank Huckaby used to work directly under Adams.

Rumor has it that when a candidate that Adams didn’t like could have been appointed as the new chancellor, Adams allegedly wasn’t happy. Instead he suggested and pushed for Hank Huckaby because he knew Huckaby would play ball when he retired. Adams was part of the selection committee for selecting the chancellor.

Adams miraculously received a big pay hike of $2.7 million as part of his retirement which was approved by Huckaby even as tuition for students in Georgia have seen steep increases . Online Athens reports the details of his sweet golden parachute signed off by Huckaby below. The selection of Huckaby was certainly fortuitous.

Under an agreement signed by Adams and University System of Georgia Chancellor Hank Huckaby, Adams would get his presidential pay of about $660,000 for two years after he steps down, and another $258,000 — his so-called presidential base pay — for three more years, through the fiscal year ending June 30, 2018. 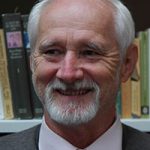 Dr. Dezso Benedek is a very renowned and respected professor at the University of Georgia.  Dr. Dezso Benedek has a lawsuit against Olens where he accused the state’s attorney general of mob-like criminal activities. alleged the University System of Georgia, the Attorney General of Georgia, the Board of Regents, former UGA president Michael Adams and others conspired to fabricate and spread false allegations and evidence against Benedek ‘with the intent to harm him –in a pattern of illegal activity under the RICO statute.

Sam Olens seems to be doing everything in his  power to delay, deter, and ultimately dismiss this case because if it comes to light in a court it could severely damage his chances for higher political office. Scuttlebutt  has it Sam Olens wants to be either our next Lieutenant Governor or possibly even Governor.  Olens has worked long and hard to come across as the ‘Golden Boy” of open records and open meetings in the public, but appears to have acted very differently behind the scenes to keep these type of Sovereign Immunity cases quiet or get them dismissed entirely.

I received a letter from Dr. Benedek’s attorney today with an update today on the latest obfuscation tactics by Sam Olens and his allies. Last Tuesday Judge Edlein in an ex parte order, quashed the subpoena to depose Adams and require him to produce any relevant documents in his possession. Judge Edlein made that ruling at the request of the Attorney General, over the telephone, without giving Benedek’s counsel a chance to respond. 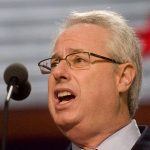 Are sovereign immunity laws being abused by our Attorney General and other state officials in an attempt to cover up possible wrongdoings? It is certainly a question our lawmakers need to consider and investigate. If sovereign immunity laws are being abused, that means state agencies will have no qualms about running roughshod over any citizen in Georgia because they have no fear of any prosecution or lawsuits. Without any consequences or fear of punishment the state of Georgia thanks to Sam Olens and compliant judges have a license to do as they please.

This should be a tremendous concern and worry to every liberty-minded citizen in the state. No one should be immune from prosecution or have a free pass to break the law with impunity under some cloak of sovereign immunity. All people should be allowed to gather evidence and have a fair hearing of all the facts in a court even when the defendants are employees of the state of Georgia. Make sure and also read 12 of the most egregious applications of sovereign immunity by Georgia Watchdogs.

Below is a letter I received from Stephen F. Humphreys who is the attorney representing several whistleblower cases including the one by Dr. Benedek. This letter was intended to keep me up to date on the case but is equally important to keep all of you up to date as well.

More trickery and another dismissal To sum up, the judge agreed in a phone conversation last week that I could file an amendment to my complaint this week, as she was ordered by the Court of Appeals. Instead of honoring that agreement, she entered an order dismissing my entire case last week, before I could even file the amendment. In fact, she knew from our conversation that she was entering her order cutting off my amendment, allowed as of right as the Court of Appeals just ordered her, before I would have time to file it.

This is very similar to what the judge did the first time she dismissed the case of Dezso Benedek vs. Michael Adams, and for which she was just reversed by the Court of Appeals. Perhaps it was only coincidental that Judge Jerry Baxter also ruled against our motion in a companion case the same day as the dismissal order cut off our amendment–with neither order citing any legal support for the decision.

Apparently no one wanted Michael Adams deposed in light of the extensive documentation tying him to a scheme of criminal evidence tampering in an attempt to revoke the tenure of Adams’ most outspoken critic ontheUGA faculty.

Professor Dezso Benedek’s case was just remanded to Judge Susan Edlein in Fulton State Court for dismissing Benedek’s case without following the governing law quite clearly stated in statutes enacted by the legislature (thus, not some close question requiring interpretation–the statutory mandates were merely disregarded, according to the Court of Appeals).

Upon remand of the case, I immediately noticed the deposition of former President Michael Adams, as we have numerous documents tying him directly to a scheme to falsify evidence in order to revoke the tenure of Adams’ most outspoken critic, Dezso Benedek. We were going to use the deposition to amend the complaint to add additional claims against defendants–as the Court of Appeals just confirmed we have the right to do, contrary to Judge Edlein’s prior blatantly illegal attempt to bar us from amending our claims last year. Last Tuesday Judge Edlein, in an ex parte order, quashed the subpoena to depose Adams and require him to produce any relevant documents in his possession. Judge Edlein made that ruling at the request of the Attorney General, over the telephone, without giving Benedek’s counsel a chance to respond.

In the same conversation, Judge Edlein said she was also going to issue an order applying sovereign immunity to all of Benedek’s claims. I reminded the judge that one purpose of the deposition was to support an amendment to our claims that we were going to file–which the Court of Appeals just affirmed our right to do.

The judge, her staff attorney, and the Attorney General–who was already on the line with the judge when she called me (and she had already made up her mind and stated her decision to bar the Adams deposition without even hearing my response)–all expressed their irritation at another amendment (the one they are required to accept and I am allowed as of a right to file, according to OCGA 9-11-15 and the Court of Appeals reversal and remand order).

So I hung up the phone, and went about preparing the amendment for filing this week, along with a response to the ex parte order barring Adams’ deposition.

But before I could even respond to the denial of the deposition, much less file the amendment in the agreed time frame, the Judge last Thursday sneaked in an order dismissing my entire case, stating in one sentence, without explanation, that the entire existing 120 page complaint was barred by sovereign immunity–as well as, presumably, the amendment that she has not seen because it has not even been filed yet–but which the Court of Appeals just told her I have a right to file.

I went ahead and filed my objection to the deposition denial, attached, as well as the response I was preparing to the Attorney General’s motion to bar the deposition, that was filed the same day as the infamous phone call, and to which I was not allowed to file my written response before the judge ruled against me, also attached.

To sum up, the judge agreed last week I could file an amendment this week. Instead of honoring that agreement, she entered an order dismissing my entire case last week, before I could even file the amendment. In fact, she knew from our conversation that she was entering her order cutting off my amendment, allowed as of right as the Court of Appeals just ordered her, before I could possibly file it.

The judge was in such rush to beat me to the clerk’s office, in fact, that she did not even explain the dismissal of an entire 67-count complaint. There is no discussion, not a case or statute cited. There is no differentiation of the different causes of action, just a single blanket statement that they are all barred by sovereign immunity, without a supporting legal argument–which, of course, is required for dismissal of a complaint.

See attached response to the order denying Adams’ deposition.  I am now working on the response to the subsequent dismissal, in which the judge reneged on our understanding about filing the amendment, which I will pass along when it is filed.