ATLANTA GA – At least 171 Georgians have been killed by law enforcement none of whom  were prosecuted under the law based on a landmark October, 2015 in depth study produced by the Atlanta Journal Constitution (AJC) in their Over the Line investigative report series. Many of those Georgians killed had no criminal record, were unarmed, were shot in the back and/or were murdered after officers broke into their homes.

The series revealed several key factors that led to cover-ups in many of the 171 cases. First, Georgia is the only state in the union that allows law enforcers to testify before a grand jury that is considering their indictment.  The special privilege that is given only to “peace officers” conflicts with the Equal Protection clauses of the Georgia and U.S. Constitutions. Secondly, the series also noted a pattern of prosecutorial misconduct where district attorneys who were supposed to prosecute officers actually served as their defense attorney by manipulating or tampering with grand juries and their procedures to protect the officers.

Last year, Rep. Rich Golick and Prosecuting Attorneys Council (PAC) Executive Director Chuck Spahos, claimed to WSBTV that they would rectify the problem. They recently introduced HB941 and it passed Golick’s House Judiciary Non-Civil Committee last week. But HB941 not only preserves special privileges for peace officers [O.C.G.A. 17-7-52] and public officials [O.C.G.A. 45-11-4(f), (g)], it contains at least 10 double standards to protect them from charges of murder and serious crimes. 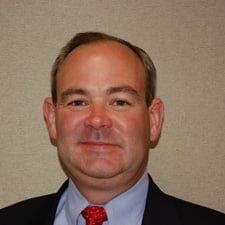 Georgia watchdogs predicted last year that a special privilege bill would be introduced to achieve the opposite of what the authors claimed. They point to last year’s legislation introduced after errant drug raids resulted in themurder of Dublin’s David Hooks in his own home and the maiming of Habersham’s “Bou” “Bou” Phonesavanh while he slept in his crib. The proposed solutions were three bills attempting to legalize no-knock search warrants for the first time in Georgia history. A 2015 VoterGa story revealed that Mr. Spahos was behind all 3 attempts.

Mr. Spahos was also charged with investigating the murder of David Hooks. That investigation returned no indictment of Laurens County deputies who obtained a faulty warrant, broke into his house and shot him at least twice while he was lying face down on the floor. The procedures used by Mr. Spahos to protect deputies in the Hooks case are eerily similar to those he incorporated into HB941.

A memo circulating in the Georgia House from HB941 sponsor Rich Golick states that 5 police, sheriff and District Attorney (D.A.) Associations have endorsed his bill. That may normally be a good thing but HB941 contains unconstitutional language favoring law enforcers who face a grand jury indictment.

Grand juries are already required to notify Georgia “peace officers” of an investigation and allow them to testify during the investigation with an attorney present. No other class of Georgia citizens has those unequal privileges prior to an indictment and trial. HB941 allows officers to be cross examined and excludes them from the rest of the hearing but instead of correcting the offending code section, it introduces new code sections with new double standards that defy Equal Protection Clauses in the Georgia and U.S. Constitutions.

HB941 eliminates the right of a victim’s family or attorney to petition a grand jury directly for an officer’s indictment. It requires 12 grand jurors to vote to investigate a peace officer although no such vote is required today. It forces the grand jury to request information only from a District Attorney rather than through independent subpoenas. It also has a loophole that officers can use to circumvent the unlimited statute of limitations on murder if a D.A. delays an investigation for one year.

Double standards and D.A. misconduct were two key problems cited by an Atlanta Journal Constitution (AJC) study entitled: “171 shot dead, zero prosecuted”. They found that at least 171 Georgians have been killed by law enforcement none of whom were prosecuted under Georgia law.The AJC Over the Line investigative series found that many of those killed had no criminal record, were unarmed, shot in the back and/or murdered after officers broke into their homes.

The Georgia Constitution is clear. Article I, Section I, Paragraph II states:

“Protection to person and property is the paramount duty of government and shall be impartial and complete. No person shall be denied the equal protection of the laws.”

Nevertheless, HB941 sailed through the Georgia House unopposed and is now in the Senate Non-Civil Judiciary Committee where it could be heard as early as Thursday, March 3. Its endorsements and first step in passage leave the burning question as to whether legislators and law enforcement officers violated their oath of office to uphold the Constitution of the State of Georgia.

Over 171 Georgians have been shot dead by law enforcement officers and none have been prosecuted as detailed in a landmark AJC investigative report. HB 941 offers a new set of double standard protections that will protect any officer who violates the law even further. These double standards violate the Equal Protection clauses of the Georgia and U.S. Constitutions. Legislators who vote for this bill are violating their oath of office. The press releases below explain the details. This bill passed the House and is now with the Senate Judiciary Non-Civil Committee. Please contact the 10 committee members and express your concerns using the sample letter provided below: