What does Nathan Deal’s campaign, PACs and Samsung have in common? Besides both having competition that seems far more energized and excited; both have resorted to shameless desperation and negative attacks in their marketing because they are scared.

Unsurprisingly, Samsung has come out with negative anti-iPhone 6 ads, and it happened remarkably soon after the phone’s official announcement. But unlike previous Samsung hits at Apple, which were often pretty funny or at least somewhat clever, the new ads are just terrible and smack of desperation and with good reason. When was the last time you saw anyone standing in line for a Samsung phone? Apple is likely to steal a huge amount of Samsung customers who were waiting for Apple to release a larger display. When you can buy a BMW for the same price as a low end Kia who in their right mind will go with a Kia? When you see Microsoft or Samsung attacking each other and not Apple, then you can worry about if Apple has lost their mojo. Let the haters nip at their heels while the iPhone 6 continues to sell like donuts at a police convention.

To be clear, Samsung peddles significantly inferior big screen devices and wearables. Sorry but it’s true so Deal with it.

I love the Smell of Desperation

Here is what I received in the mail today. The flier is huge but I did my best to scan as much as I could. With the latest polls showing more Georgians waking up to Deal’s utter failure as governor, Nathan Deal is sweating even more than usual and it shows in his ads. At least it was partially useful since it did at least include a voter mail-in ballot application. But I really want the tactile sensation of voting against Nathan Deal so I will go in person instead of mailing my ballot. It was mailed from the American Comeback Committee Georgia PAC. 1747 Pennsylvania Ave. NW, Suite 250 Washington, DC 20006. But don’t bother trying to look up their website.  If you search for that name you won’t find one. They are trying very hard to hide their tracks.

Apparently this particular PAC is The Republican Governors association headed by Chris Christie of NJ. Jason Carter’s campaign seems aware of who they are though since they filed a complaint back in July in regards the RGA acting as a shell campaign for Nathan Deal that pumped around $6.5 million into his campaign back in 2010 and are likely to spend far more than that this year. The complaint is over a fundraiser earlier this year where Shady Deal was trying to suck up to rich out-of-state big spenders with deep pockets while people in Georgia continued to suffer.

I love the Smell of Desperation in the Air

A few months ago I would have called you insane in the membrane if you had told me a Democratic candidate had a shot at winning the governors race in deep red Georgia in 2014. But then people started to learn a few facts about Monsieur Deal. For example, Georgia is 51st in the country in unemployment. How sad is it when people in Mississippi are saying “Thank God for Georgia”. In the last 10 years the middle class is also hurting badly and incomes have shrunk a whopping $6,500. Georgia also has the dubious honor of being the only state in the country to have three cities on the recently released Bloomberg report of the nation’s fastest shrinking cities. In fact, Georgia was the only state to even have more than one in the top ten. Valdosta ranked 1st as the fastest shrinking city followed by Albany at #4 and Macon at #7.

Corruption is not always a fatal flaw as a governor in Georgia, God knows we have had a few of those in the past (Sonny “Go Fish” Perdue comes to mind), but Corruption + Inept = one very vulnerable old vulture.

Deal’s desperation is not limited to simply negative attacks ads from from out of state PAC”s with practically unlimited funds, he has also resorted to sending his supporters to Andrew Hunt’s Facebook page to try and scare people from voting for a Libertarian candidate. Many of

the people posting on the page were among the most active on Deal’s Facebook page. No one ever said trolls were smart or good at covering their tracks. Of course if you visit Nathan Deal’s Facebook page don’t expect to see any negative comments at all. Any questions or comments not praising Raw Deal are deleted and the accounts quickly blocked as I wrote here. To Andrew Hunt’s credit he has tried to talk to these obvious operatives and engage them. His supporters have also explained math to them which they seem unable to comprehend. As Dr. Hunt and his supporters  attempted to explain, if Jason Carter wins he would win regardless of votes for Hunt since you need 50% + 1 vote to avoid a runoff. Since a runoff is inevitable with current polls, people need to vote their conscience and vote for a candidate instead of against a candidate.

Is Nathan Deal Running against Jimmy Carter and President Obama or Jason Carter?

It is actually a very serious question. You would think they are his opponents and not Jason Carter who is far to the right of his grandfather or President Obama. Democratic candidates in the deep South often would  be considered Republican in the rest of the country much to the chagrin of many liberals here. Many Republican congressmen in the North are to the left of John Barrow for example on many issues.

I see more attack ads against Obama and Jimmy Carter than any ads telling us what he has accomplished in his first term or what he plans to do if re-elected. Out of curiosity I looked into what Jimmy Carter accomplished while Governor of Georgia since Deal keeps attacking Jimmy Carter who has earned his place as an elderly statesman and through his efforts with the Carter Center and Habitat has helped millions all over the planet. If you happen to read this article, happy 90th birthday and there are many in Georgia who are proud to have you as a native son. Thank you for all the great work you continue to do in service to others.

“Carter was sworn in as the 76th Governor of Georgia on January 12, 1971. He declared in his inaugural speech that “the time of racial segregation was over. No poor, rural, weak, or black person should ever again have to bear the additional burden of being deprived of the opportunity for an education, a job, or simple justice.” The crowd was reportedly shocked by this message, contrasting starkly with Georgia’s political culture and particularly Carter’s campaign. The many segregationists who had supported Carter during the race felt betrayed.

With Carter’s reluctance to engage in back-slapping and political favors, the legislature found him frustrating to work with. He looked to aggressively expand the governor’s authority while reducing the complexity of the state government. Therefore he negotiated a bill allowing him to propose executive restructuring and to force a vote on it. He implemented zero-based budgetingwithin state departments and added a Judicial Selection Commission to verify the credentials of judges appointed by the governor. Ultimately he merged about 300 state agencies into 30.

Civil rights were a heartfelt priority for Carter. He expanded the number of black state employees, judges, and board members. He hired Rita Jackson Samuels, a black woman, to advise him on potential appointments.He placed portraits of Martin Luther King, Jr., and two other prominent black Georgians in the capitol building, even as the Ku Klux Klan picketed the unveiling ceremony.Still, Carter tried to keep his conservative allies comfortable. He co-sponsored an anti-busing resolution with George Wallace at the 1971 National Governors Conference.

Carter pushed reforms through the legislature to provide equal state aid to schools in the wealthy and poor areas of Georgia, set up community centers for mentally handicapped children, and increased educational programs for convicts. He took pride in his program for the appointment of judges and state government officials. Under this program, all such appointments were based on merit, rather than political influence.

Substantial reform in the operation of the state’s criminal justice system also occurred during Carter’s governorship. These revisions included significant movement toward the creation of a unified court system, the systematic use of a merit system in the selection of judges, a constitutional method of regulating judicialconduct, and much needed penal reform.
Carter also initiated significant new mental health programs and took a variety of actions, both substantive and symbolic, to promote civil rights and equal opportunity for women and minorities. The governor reflected his commitment to fairness and justice most obviously in his appointment policy. He appointed more women and minorities to his own staff, to major state policy boards and agencies, and to the judiciary than all of his predecessors combined.”
Now compare Jimmy Carter’s ACTUAL résumé as governor above to that of Nathan Deal who has accomplished almost nothing and tell me why I wouldn’t want to have another Carter as governor again! So much misinformation and hatred for Jimmy Carter by Republicans really has me perplexed when you look at his records and not blindly listen to biased hyperbole. Nathan Deal isn’t half the man of Jimmy Carter but still prefers to attack a 90 year former president instead of facing his real opponent. How cowardly.

Wake up Georgia. Send Nathan Deal Back to his Junkyard in Gainesville

Register as a Georgia voter online at MyGAVote.com before October 6. You can check you polling location at mvp.sos.ga.gov and let’s send Nathan Deal packing. You have two very good candidates to choose from that would both make far better governors for our state than this clown in office now. I pray the run-off is between Jason Carter and Dr. Andrew Hunt and Deal is soundly beaten. Either of these two are eminently better qualified than Nathan Deal who has proven time and time again he was never suited to lead. Unless of course you want to be led to the bottom. The choice is yours. Will you blindly vote for party or for candidates who deserve a chance to turn things around. Deal has been a disaster so don’t give him another chance to finish his dastardly deeds of deception, denial, and ultimately destruction. Deal you get a D-. Time for you to go.
It has been said that the very definition of insanity is repeating the same failed experiment over and over again and expecting different results. After 4 years of wheeling and Dealing experimentation, do you think it prudent to conduct this experiment 4 more years? 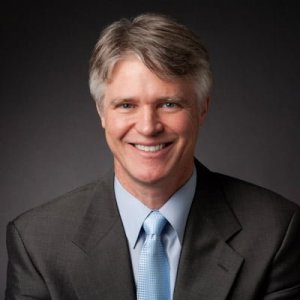 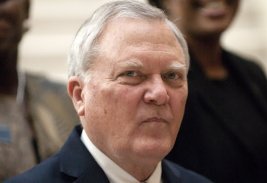