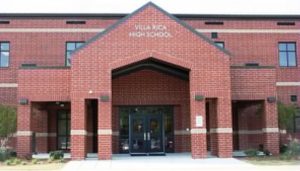 Students at the five high schools in the Carroll County, Georgia school system will be subject to random drug testing starting next school year. “It was done as more of a deterrent,” said Assistant Superintendent Terry Jones of the unanimous Board of Education decision. It will include students in grades nine through 12, or roughly around 4,000 students.

The tests will be only for the kids who participate in athletics, any type of extracurricular non-athletic program and those who drive and park on campus. Up to 80 students a month will be tested on campus, picked by random ID number selection.

Assistant superintendent Jones had this to say “We have a lot of athletes that are doing things that they shouldn’t be doing and we have a lot of coaches that are upholding it, so I think going into schools doing random drug tests, I think it’s a good thing,”

It seems Mr. Jones is unfamiliar with the expression of the path to hell being paved with good intentions.

Past Cases of School Drug Testing

In 1994 the U.S. Court of Appeals struck down as unconstitutional a mandatory drug-screening program in rural Oregon for elementary and high school athletes in Acton v. Vernonia School District. That was a ruling on the legality of requiring student athletes to submit to “random” drug tests, which are conducted without suspicion that those tested use drugs.

A three-judge panel Appeals Court held unanimously that the Veronica School District’s testing program violated students’ rights to be free from “unreasonable searches” under both the state and federal constitutions. Urine drug tests are “searches” subject to the limitations of the Fourth Amendment, the court held. As used in this circumstance, the drug tests constitute “administrative” searches whose reasonableness (and therefore constitutionality) turns on a balancing of the government’s interest in conducting the search and the citizen’s interest in being free from the search.

When it reached the Supreme Court a year later in 1995 they upheld the constitutionality of random drug testing regimen implemented by the local public schools in Vernonia, Oregon. Under that regimen, student athletes were required to submit to random drug testing before being allowed to participate in sports.

In a different but related case called BOE v. Earls they also allowed the random drug testing of any students in extracurricular activities, and this Carroll County decision seems like a pretty logical extension of these cases. Students are required to go to school but not required to play sports. The Court upheld the constitutionality of mandatory drug testing by public schools of students participating in extracurricular activities.

The only expansion beyond Boe v. Earls is for students driving and parking on campus part. Some school districts backed by past court decisions seem to be comfortable implementing drug testing as long as they limit it to certain groups like athletes or club members. Expanding to the entire student body would likely be overreach and ruled unconstitutional since they are required to attend school but not required to join a club.

Since those rulings above the sentiment of the country has drastically changed towards legalization of marijuana. Polls now show a majority in favor of legalizing marijuana with 53% in favor, 43% still opposed, and 5% unsure. Companies that drug test in Colorado where marijuana is now legal are having a hard time recruiting or retaining quality employees since it is now legal there.

In fact companies are testing far less all over the country than before. Employers drug test a lot less than they used to because there’s very little evidence that testing does much to improve safety or productivity. Workplace drug testing started taking off after President Ronald Reagan required it for federal employees in 1986. The National Academy of Sciences released a study showing that moderate use of marijuana off duty was no more predictive of poor performance than use of alcohol. It costs a lot of money and proves nothing so in essence is a complete waste of time.

My first thought when I heard this story was which politician owns the drug testing lab they’ll be using? You can bet there is some financial connection between the testing company and one of the politicians or board members. In Colorado there was a similar case where a politician changed his vote if 50% of the taxes went to rehab and treatment programs. A close relative owned a rehab center and stood to make substantial profits from that caveat. It wouldn’t surprise me if something similar wasn’t at play here in Carroll County. Always follow the money as they say.

Florida also tried to enact drug testing for welfare recipients.  The bottom line on Governor Scott’s program for mandatory testing of welfare applicants was that the cost of the tests (many of them done by Solantic clinics throughout the state) greatly exceeded the money saved by not granting welfare to applicants who failed the test (about 2.6%).

He finally threw in the towel and stopped the testing program when a court ruled the program unconstitutional and two federal appeals courts upheld the lower court’s ruling. Scott retains interest in Solantic despite putting it in his wife’s revocable trust, where it can be withdrawn at will. Around $70 million out of his $250 million of wealth is tied to Solantic. What a coinkydink!

I have to wonder what would the penalty be if a student failed a drug test. I think the lifelong consequences of being expelled would have a far more deleterious impact on a student for the rest of their lives than occasionally smoking marijuana. Some of the most hard core and dangerous drugs like cocaine also can’t be detected after a few days. Marijuana by contrast can be detected for weeks or months after use.

This is not some hypothetical exercise on my part. Studies verify that drug testing at schools  leads students to swap cannabis for hard-to-detect substances.

Random drug testing in schools may be pushing students away from marijuana and on to harder substances that are more difficult to detect, research has found.

Using data from more than 150,000 high school students (aged 14-18) at more than 1,400 US schools, researchers found that institutions that ran random drug tests saw marijuana use decrease but the use of other drugs rise significantly.

Or even worse, what about new synthetic designer drugs that can’t be detected at all. Would students that had occasionally used marijuana switch to hard core or designer drugs to pass these drug tests? Bath salts for example is a case study in a designer drug not easily detected in drug tests but no one would argue that they are a safer alternative to marijuana. Molly, also known as MDMA or ecstasy is another good example. It only take a two days to get it out of your system and have a clean drug test.

These schools that drug test might decrease the use of marijuana and increase the use of Molly where kids are dying not from overdosing but just taking one dose of ecstasy one time can be fatal. Most recently at Wesleyan University twelve people were hospitalized, many in critical condition. Each year around 5,000 are rushed to the E.R. at death’s door for ecstasy emergencies alone.

If they want to ensure the students that smoke marijuana will now park off campus which is more dangerous and avoid any extracurricular activities this is certainly a policy that will achieve that goal. If they think this policy will lower marijuana or drug use they are delusional. It will in all probability have the opposite effect.

Welcome to the newest battle in the “drug war” where punishment is the only path taken. The same drug war responsible for millions of Americans in prisons, hundreds of billions spent each year, a militarized police force, and tens of millions more with lives ruined or dead all around the world. Even global leaders are now calling for an end to this madness.

For every action there is an equal and opposite reaction. I am not sure Carroll County has considered the alternative consequences of this shortsighted decision.

Take some Molly on Friday and you can get a clean  drug test on Monday.

Smoke some relatively safe marijuana and you will fail a drug test months later if a hair sample test is used and between one week and two moths for less prolonged use.

Kids aren’t stupid and can do the math 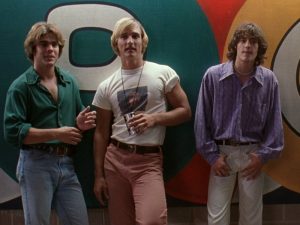 Pot is detectable in your system for a month so Carroll County’s new drug testing policy is making cocaine, meth, crack, heroine, opiates, and Molly more attractive alternatives since they are only detectable for a few days. I’m also quite sure alcohol won’t be tested which is also more dangerous than marijuana to kids.

I predict a large increase in these much more dangerous alternatives simply to avoid failing a drug test. In a perfect world little Johnny or Susie won’t ever use marijuana or any other intoxicating substance. But in the real world these sorts of drug tests will push many towards harder and far more dangerous drugs.

Some experts argue smoking synthetic marijuana which isn’t detectable in drug tests is like playing “Russian Roulette” because it could contain dangerous chemicals, CBS News reported.

It also amazes me how quickly parents that graduated from the Dazed and Confused and Fast Times at Ridgemont High generations are so quick to support these draconian policies that will allow schools to drug test their own kids without any justifiable reason for suspicion. But then again many of these same people in favor of drug testing applauded the Patriot Act which began stripping away our rights so I am not really that shocked.