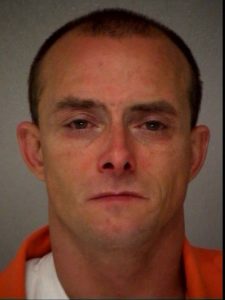 Recently a terrible tragedy took place where a young toddler was killed in a horrible accident. Ronnie Howard says he was cleaning a gun at a home off Thomaston Road on Thursday in west Bibb County when it discharged, killing 17-month old toddler Victor Carroll.

When the judge read the charges against him, Howard began crying and said, “Really?”

Howard said the gun jammed as he was cleaning it in the living room of the couple’s mobile home. He stripped the magazine from the gun and racked the slide to release the bullet stuck in the chamber. The gun fired after Howard put the magazine back in, hitting Victor in the face while the boy was near the couch.

Comments on social media by people that knew the family seemed to suggest this was just a tragic accident and he was completely heartbroken. But even more tragic is how often these type of accidents occur when they are so easily avoided.

These types of tragedies happen every day. In Asheboro, North Carolina, a 26-year-old mother was cleaning her home when she heard a gunshot. Rushing into the living room, she discovered that her three-year-old son had accidentally shot her boyfriend’s three-year-old daughter with a .22-caliber rifle the parents had left in the room, loaded and unlocked. In Fayette County, Pennsylvania, a two-year-old toddler took his stepfather’s pistol out of his mother’s purse and shot himself in the head while the adults were in another room. And in northeast Houston, when his mother stepped away for a moment, a five-year-old boy picked up a loaded rifle and accidentally shot his older brother in the back.

We know how many gun deaths occur in a given year, because when people are shot and killed, there are death certificates and there are reports by medical examiners, and national reports can conclusively come up with a number. (There were 32,351 such deaths in 2011, according to the CDC.) We know how many gun deaths were declared accidental (591 in 2011, the CDC says). And we know that 102 people killed in these accidental gun deaths in 2011 were younger than 18, with half of these children younger than age 13.

Some of those deaths of children happen in the case above while cleaning a gun and in the other cases young children are killed by other young children who find a gun in the house and think it’s a toy.

I am not a gun expert by any means, though I do own firearms and grew up with a Dad that is both a veteran and also had to hunt from an early age to help put food on the table. My Dad was most certainly an expert. I am merely competent and extremely respectful. It takes me much longer than it would have taken my Dad blindfolded to take apart and reassemble a gun. But the one thing my Dad made sure I would never forget are some basic rules and responsibilities that come from owning and keeping a firearm in your home. These lessons were taught and drilled into me long before I was able to ever touch let alone fire one.

While Mr. Howard is undoubtedly remorseful over this tragic event that does not excuse his responsibility nor duty to follow the rules. I think this is a good time for a quick checklist and refresher course for everyone. I have looked around the internet and compiled some good rules that everyone needs to follow and thrown in a few of my own taught to me by my Dad.

Most important rule. Treat every Firearm as if it were loaded. If you follow this rule the chance that you may accidentally harm yourself or others is greatly diminished. Don’t forget to check the chamber as well before you assume it is unloaded. And even when it is unloaded, don’t clean or disassemble it near other people especially children. Find a safe and well-lit place away from other people.

Don’t buy a gun unless you have the necessary knowledge to use it safely. Know how to operate the gun safely.  If you’ve just purchased a brand new firearm, don’t go straight from the gun store to the range.  Take it home first, and spend a few days to familiarize yourself with its operation.  Don’t practice by loading ammunition into it!  Check online for a manual if you don’t have one or look on Youtube for instructional videos on your model.

Always keep the muzzle pointed in a safe direction.  Most firearm accidents are followed by somebody saying, “I didn’t know it was loaded!”  Always assume it’s loaded, and treat it as if it were.

Always keep your finger off the trigger until you are ready to shoot.  This is obvious, since the trigger is designed to fire the gun.  Do not rely on the safety to stop the gun from firing if the trigger is pulled.  The safety by no means makes a loaded firearm completely safe.  I don’t even know why they call it a “safety”.  It should be called a “not as dangerous”.

Always keep the gun unloaded until it is ready to use.  Always check  the magazine and the chamber before handling a weapon.  A gun can  still fire with an empty magazine if there’s a round in the chamber.  I  personally never keep any guns loaded at my house, and I don’t load them until I’m ready to fire at the range.

Be sure the gun is safe to operate.  If you’re not sure, have a professional check it. Guns can and do blow up in your face so don’t take a chance if you think something is wrong and many places offer lifetime warranties on repairs.

Use only the correct ammunition for the gun. This information is usually stamped in the barrel/chamber of the gun.

Know your target and what is beyond it.  Never shoot at a skylined object.  Never shoot over water or ice since bullets can ricochet and fly off in unpredictable directions.

Wear eye and ear protection.  You cannot replace your eyes, and your hearing diminishes a little bit each time you’re exposed to noise levels above 90db.  Almost every gunshot far exceeds that.

Never use alcohol or drugs before or while shooting.  Alchohol is a central nervous system depressant, which means that it causes everything conected to your central nervous system to operate in diminished capacity.  This includes your judgement, and if there were ever a time when your judgement should not be compromised, it’s when handling firearms.

Store your guns unloaded and not accessible to unauthorized persons.  By “unauthorized persons”, I am especially referring to young children.  Allow your children to handle them only under your strict supervision and take them shooting with you when you feel they are ready, but remember that young children are naturally curious and you should make absolutely sure they cannot access your firearms when you are not around.  Spare no expense here. 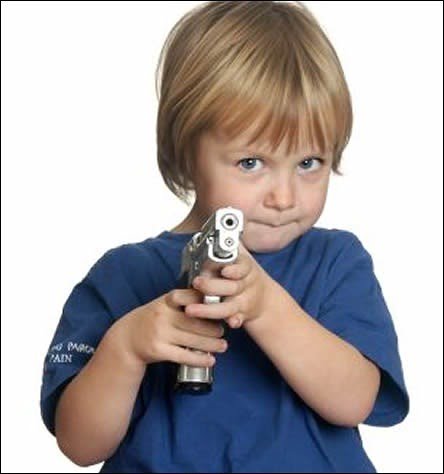 Firearms should be locked up in a place that children cannot reach since children often have trouble telling the difference between a toy gun and a real gun. Bullets should be locked up in a place separate from where guns are secured. Some locks can be removed in as few as 6 seconds so choose your locks and storage areas wisely. Kids are amazingly good at getting into things you never think they could.

Don’t Get cocky and think safety rules don’y apply to you. Many accidents happen with people that are so-called gun experts because they get too confident. Their familiarity and expertise become dangerous since they feel they can slack off on the rules above. When you keep a cobra as a pet you shouldn’t ever be surprised if after 10 years of not biting you it bites you one day. The same applies to firearms. Treat them with respect and always assume they are loaded.

Owning a gun means you have to also own the responsibility that comes with it. I promise you that no matter how much you think you know you are not exempt from the rules above. Get too lazy or sloppy and you may one day accidentally kill yourself or someone you love.