By Robert Shuler Via The Legal Schnauzer 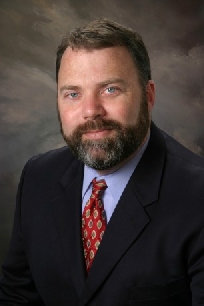 A Georgia couple is calling for an investigation of a judge in connection with the unexplained deaths of two lawyers, one of which occurred in Alabama.

Hilda and Larry Clark, of Flowery Branch, Georgia, are the parents of Jennifer Paige Clark, a Mobile lawyer who died last May, nine days after the Alabama State Bar suspended her license. In a letter to the Georgia Bureau of Investigation (GBI), the Clarks say Superior Court Judge Jason Deal played a major role in launching an investigation against their daughter. They go on to say that Deal has apparent ties to the death in December of John G. Wilbanks Jr., who supervised the district attorney’s office in Dawson County, Georgia.

Wilbanks’ body was found in Jacksonville, Florida, on December 13. That was one day after a report that he no longer worked in the Dawson County DA’s office and was the subject of an investigation that a superior court judge had requested. In their letter to John Bankhead, director of public affairs at the GBI, the Clarks say Jason Deal probably was the judge who requested the Wilbanks investigation. They also suggest that Deal, the son of Georgia Governor Nathan Deal, had dark motives for targeting both Wilbanks and their daughter. (The full letter can be read at the end of this post.)

Jason Deal presided over a case, styled Clark v. Flowery Branch, 2003-CV-2830, in which Jennifer Paige Clark represented her parents. The Clarks alleged that they incurred damage to their property when the city caused water to be diverted onto private land. Jennifer Clark’s aggressive representation on her parents’ behalf met with resistance from Deal and apparently led the Alabama State Bar to investigate her–even though our research indicates she did not commit the primary violation alleged against her.

An official cause of death has not been released in either the John Wilbanks case or the Jennifer Paige Clark case. But Hilda and Larry Clark make it clear in their letter to the GBI that they believe an investigation will lead to Jason Deal’s doorstep. From the letter:

You should conduct an investigation on Hall County Superior Court Judge Jason Deal and the Hall County District Attorney’s Office. We believe Judge Jason Deal now has the mark of two deaths–this year–that we are aware of: Jennifer Paige Clark and John Wilbanks Jr., both attorneys who died premature, tragic deaths because of the actions of Judge Jason Deal. I read the article in the Gainesville Times concerning the unfortunate death of Mr. John Wilbanks Jr., who was the supervising attorney in the Hall-Dawson District Attorney’s Office. Let me make it clear, I did not know Mr. Wilbanks, nor any of his family; this letter is written only from my own observation. According to the article, an investigation on Mr. Wilbanks began at the request of an unnamed superior court judge, but within the community, it’s pretty common knowledge this was at the request of Hall County Superior Court Judge Jason Deal.

According to the Gainesville Times, Wilbanks was involved in a fight last November 19 at a Dairy Queen in Dawson County. Officers responded to reports that Wilbanks had been assaulted, and a Jasper, Georgia, man named William Lee Evans was charged with disorderly conduct in the case. The Clarks address that incident and other issues in their letter to the GBI:

[The request for an investigation of Mr. Wilbanks] appears to be far more complicated than is reported in the paper, and I doubt seriously if it had anything to do with the ‘Dairy Queen episode’; but rather, [it was] an opportunity to damage and destroy Mr. Wilbanks and his reputation. Within the scope of Mr. Wilbanks’ position at the Hall-Dawson District Attorney’s Office, did he witness, discover or file a report on some type of dishonest or   illegal activity within the department? Or on activities of previous DAs? One thing stands out very clear from this article–it’s apparent that Mr. Wilbanks had some powerful enemies.

Media coverage on the Wilbanks investigation, and his subsequent death, has been limited and curious. The Gainesville Times, in a December 12 article titled “Dawson Assistant DA No Longer With Office,”  reported on Wilbanks’ abrupt exit at work. From the article, by reporter Jeff Gill:

The Dawson County office of the Hall-Dawson District Attorney’s Office no longer has its supervising assistant district attorney. John Wilbanks “will not be returning (to) the district attorney’s office,” District Attorney Lee Darragh said Wednesday afternoon. Darragh would not elaborate on Wilbanks’ departure. “Presently, it would not be appropriate for me to comment further,” Darragh said. “I may issue a press release at a later time, but for now, one would be premature.”

The next day, December 13, Gill reported on Wilbanks’ death, in a piece titled, “Dawson Assistant DA Found Dead.”  From the article:

The supervising attorney in the Hall-Dawson District Attorney’s Dawson County office has been found dead.The District 4 Florida Medical Examiner’s Office in Jacksonville confirmed Thursday that it has the body of John G. Wilbanks Jr. Wilbanks was being investigated by the Georgia Bureau of Investigation, with the cooperation of District Attorney Lee Darragh’s office. The scope of the investigation wasn’t immediately known, but GBI spokesman John Bankhead said the death, which he couldn’t confirm, would close any investigation. An official with the Fernandina Beach Police Department has said the earliest any incident reports about the death could be released is today.

What does the article tell us about Wilbanks’ death? Not much. We know that the death closes the book on the investigation. And an incident report was to be released shortly, but that’s about it. And our research turns up no published accounts about the incident report.

Let’s consider just a few of many unanswered questions:

* Where was John Wilbanks’ body found?

* Who found it, and under what circumstances?

* What was the cause and manner of death?

* What was Mr. Wilbanks doing in Jacksonville, Florida, and how did he get there?

Hilda and Larry Clark raise more questions in their letter to the GBI. They note that the Deal family surely enjoyed the holidays in the governor’s mansion, surrounded by staff and all the fine things that taxpayer dollars can buy. The scene was different for the Clark family. “To honor the holiday season,” they write, “we put a wreath and flowers on our beautiful daughter’s grave.”

The scene undoubtedly was equally grim for the Wilbanks family. According to his obituary, John George Wilbanks Jr., 57, had been married for 28 years and had two sons and one daughter. He earned his law degree at the University of Georgia and was a career prosecutor.

In the final paragraph of their letter to John Bankhead, the Clarks raise the possibility of political considerations providing cover for Judge Jason Deal:

One final question: Why would the GBI not reveal the name of the judge that requested the investigation of Mr. Wilbanks? Was it because it was Judge Jason Deal, the Governor’s son?

UPDATE: According to a report at accessnorthga.com (12/14/12), the death of John G. Wilbanks Jr. has been ruled a suicide. The police department at Fernandina Beach, Florida, released an incident report the day after Wilbanks’ body was found, but it does not appear at the Web site of the Gainesville Times, the primary newspaper in Wilbanks’ home area. From the acessnorthga.com article:

The report said that police found the body of John Wilbanks, 57, of Gainesville on the beach at 2410 South Fletcher in Fernandina Beach. Wilbanks had taken his own life Thursday morning, according to the report. The report said the Wilbanks family owned a beach house nearby. Wilbanks, who was the supervising Assistant District Attorney in Dawson County, had been fired from his job Monday, according to the police report. Police said Wilbanks’ wife had shared that information with them, and she also told them her husband had been depressed.

Meanwhile, Hilda Clark reports that she has received a letter from the GBI stating that it will not  investigate any role that Judge Jason Deal might have played in the deaths of John Wilbanks and Jennifer Paige Clark.

The death of another political figure in Georgia remains a mystery, and it is drawing international attention. The body of Glynn County Commissioner Tom Sublett was found on December 11 at a marina on St. Simons, Island. Sublett was shot in the head, but authorities have not determined if it was murder. Sublett, the married father of four who had worked in real estate, was a popular figure in the area, and the Atlanta Journal-Constitution reports that residents in Glynn County are perplexed about the mysterious death of an individual who was not known to have any enemies.

The Sublett case has drawn international attention from the UK Daily Mail. Reporter Meghan Keneally has an article titled, “Death of beloved town official and married father-of-four found shot and drowned with his hands tied still a mystery a month later.”

Note: This was originally published 1/15/13 by the respected Alabama Watchdog Blog the Legal Schauzer. Roger Shuler, the author, was freed on March 26, 2014 after being arrested for refusing to comply with a court injunction demanding what they considered to be defamatory posts. The committee to Protect Journalists who protested his treatment listed Shuler as the only known jailed journalist in the Western Hemisphere as part of their worldwide survey in 2013. Shuler made the list with other notable figures like Julian Asange, Peter Sunde, and even Edward Snowden by International Business Times. Shuler Holds a degree in Journalism  and has worked in the field of Journalism for 30 years.