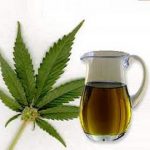 CAUGHT ON CAMERA: OFFICER SHOOTS AT DOG IN CROWD OF PEOPLE DURING ARREST IN BROOKLYN Tensions escalated as police tried to make an arrest in Brooklyn and it was all caught on camera. One police officer even fired a shot. It was a dangerous situation in Brownsville and it quickly got way out of control. People were gathered on the street watching what was happening, and when a dog suddenly got out, an officer fired his gun.

Exonerated death row inmate meets the former prosecutor who put him there  When Glenn Ford walked out of prison for the first time in 30 years, he had a state-issued debit card for $20. His prison account had $0.24. Everything he owned fit into two cardboard boxes.Until he was freed last March, Ford, now 65, had been one of the longest-serving death row inmates in the United States.

Gyrocopter pilot frustrated message isn’t getting through The letter carrier who caused a full-scale security review in Washington when he violated national airspace by landing his gyrocopter on Capitol Hill expressed frustration Sunday that his message wasn’t getting through.

NSA and FBI fight to retain spy powers as surveillance law nears expiration   With about 45 days remaining before a major post-9/11 surveillance authorization expires, representatives of the National Security Agency and the FBI are taking to Capitol Hill to convince legislators to preserve their sweeping spy powers.

McDonald’s starts testing all-day breakfast on 4/20 Devotees of the McDonald’s breakfast menu celebrated in Marchwhen it was announced that the fast food chain would extend breakfast beyond the standard 10.30am cut-off time.The first US state to pilot the plan has chosen a conspicuous date on which to start: 4/20, the annual celebration of cannabis culture.

EU ministers discuss migrant crisis as shipwrecked bodies brought ashore EU foreign ministers met on Monday under pressure to produce more than words to save migrants drowning in the Mediterranean, as the first bodies were brought on shore of hundreds feared killed in a shipwreck while trying to reach Europe.

Republican Graham says ’91 percent’ chance he’ll run for president He is not yet ready to commit himself, but South Carolina Senator Lindsey Graham said on Sunday there was a “91 percent” chance he would enter the Republican presidential race.

Widow says Southwest crew “left” husband to die The widow of a high-profile financial analyst is filing a wrongful death lawsuit against Southwest Airlines, claiming a flight crew left her husband in an airplane bathroom when he desperately needed help, even treating him like an out-of-control passenger.

Fifty-three percent of Americans now say the use of marijuana should be legal, an all-time high in CBS News polling; 43 percent think it should not be legal. Public opinion on legalizing pot has shifted over the last few years, and has changed dramatically since 1979 when CBS News first asked about it. Back then, just 27 percent said marijuana use should be legal. As recently as 2011, a majority of Americans opposed legalized pot use.

A 27-year-old Baltimore man died Sunday a week after an encounter with police that left him with a severed spine, according to a lawyer for his family. Freddie Gray was arrested for yet-undisclosed reasons April 12 after fleeing police on foot. It was unclear when Gray’s injury occurred. His death was confirmed Sunday by the University of Maryland Medical Center.

GOP POLL TIGHTENS: With the ranks of declared 2016 presidential candidates growing, a new CNN/ORC poll finds the contests for the Democratic and Republican presidential nominations solidifying around two key points: Hillary Clinton dominates everyone on the Democratic side, while no one has broken out of the pack on the Republican side.

All three members of the hip-hop group Migos face drug and weapon charges following their arrests after they left the stage at a weekend performance at Georgia Southern University, authorities said.The group and its associates arrived for the Saturday night concert on the Statesboro campus in two vans, Bulloch County sheriff’s officials said in a statement to The Associated Press.

30 African Immigrants executed by ISIS . Added to the danger of leaky fishing boats and unscrupulous people smugglers for African migrants trying to reach Europe has been the Islamic State, which murdered about 30 Ethiopian migrants on video.

Florida mother charged with encouraging daughter to fight. A Florida mother drove her 13-year-old daughter to a fight with a peer and encouraged the girl to brawl, officials said Monday, and two bystanders recorded the incident on video.Tabitha Anne Bennett was arrested and charged with child abuse, assault and battery offenses, Pasco County Sheriff’s officials said.

Feds Say Minneapolis Man in Syria Has Been Recruiting Friends Back Home to ISIS A young Minneapolis man who successfully slipped out of the United States last year to join ISISin Syria has now been working to recruit his friends to the terrorist cause, federal authorities revealed today.Abdi Nur, 18, flew overseas in May 2014, eventually making his way to Syria, officials said.