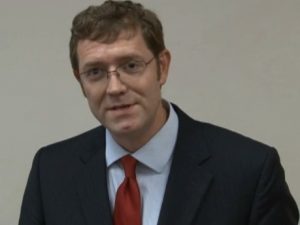 In yet another press conference today, Bibb County (Macon, GA) District Attorney David Cooke’s spoke about the $1 million dollar settlement with nine convenience stores over commercial gambling involving coin operated machines and gave details on the use of the funds. Talk about manufactured news and a P.R. stunt aimed to thwart some recent criticisms in other cases. I think this was the fourth press conference but not sure since I lost track after so many other ones. Elections must be approaching as this was certainly aimed with that purpose in mind. I will let the other media eat up this blatant fodder and instead try and provide some cogent analysis and commentary on the bigger issues at play here which include the debate to legalize  gambling in Georgia, policing for profit, and political grandstanding.

The settlement includes seizure of money, assets from the stores themselves, as well as some property. This happened because the stores were accused of paying cash in lieu of store credit or lottery tickets which are allowed.

District Attorney David Cooke’s office will receive 65% of the seized assets valued at $650,000 while the Bibb County Sheriff’s office will receive the remainder which is $350,00. My personal views on gambling is I feel Georgia is losing out to many other states. I don’t gamble nor play the lottery, but if people are so inclined who am I to judge?

How Many Millions is Georgia Losing by Not Legalizing Gambling?

Casinos earn states like Mississippi and many others hundreds of millions in revenue from Georgia tourists. I view gambling as a poor choice to spend your money but so are many other dangerous and addictive things like alcohol and cigarettes which are legal. If you want to waste your money on gambling then you will find a way to do it so why can’t we tax that poor choice just as we do other legal vices. Instead of forcing people to use online gambling or to travel to other states, why not just allow it here and use that tax revenue for our roads and schools.

A bill this last session introduced by Economic Development Committee Chairman Ron Stephens, R-Savannah, would generate $250 million a year to support the HOPE scholarship, according to a briefing paper obtained by The Atlanta Journal-Constitution by opening just six casinos.

“The tourism destination casino has been way over due to get tourists into Georgia and their dollars into Georgia to fund higher education and pre-k,” Stephens told the AJC. If this bill passes next year, Macon better make damned sure we are among one of those six lucky cities chosen.

Unlike these small-time video poker machine places in convenience stores that pay no taxes because it is off the books, casinos could be taxed. Once casinos infiltrated the deep south with casinos all over Florida, Alabama, North Carolina and South Carolina it makes little sense to be the lone outlier state without one of our own at this point. Keep that money in Georgia. It didn’t work for fireworks and isn’t working with gambling when practically all the states that surround you have casinos.

Would the Pachinko Loophole Work in Georgia? 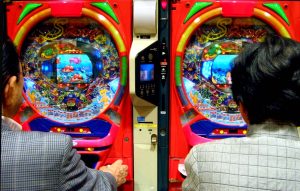 In Japan, gambling for money is also illegal just like it is in Georgia. But you will see thousands of Pachinko parlors all over the country. Pachinko is sort of a combination between a slot machine and a vertical pinball machine.

You win metal balls and can then exchange them for all sorts of items at the store. But most people instead opt for tokens. You can  take these tokens outside the parlor to a small booth or tuck shop near the exit where they buy these tokens from you and pay you in cash. Don’t ask the Pachinko staff though where they are located because they won’t tell you. Technically they have nothing at all to do with the Pachinko parlor. Of course the police understand what is going on but this is a clever loophole around the law. There is nothing illegal after all about buying tokens.

I am not sure if that would work here in Georgia or not, but it is an interesting theory for law students to debate. But I suspect our Nanny state laws already stipulate against loopholes such as the one in Japan.  After all, we have more lawyers per capita than any other country in the world and Georgia is 8th in the nation. If you wonder why we have so many useless laws compared to other countries, the number of lawyers play a big role in that. Modern laws are written in such a way that only other lawyers are able to interpret them. But this wasn’t always the case.

The U.S. constitution contains 4,400 words and 7,591 words if you throw in the signatures and 27 amendments. If politicians who are mostly trained in law, tried to create something like the First Amendment today, I seriously doubt they could craft it under 7,591 words.  The founders understood the beauty and importance of the KISS principle in legislation long before the U.S. navy coined the term.

Policing For Profit Can Lead to Tragic Consequences 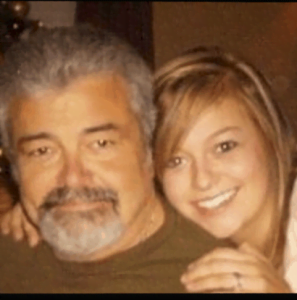 David Hooks killed in a botched drug raid in Georgia. No drugs found.

I am firmly against asset forfeiture because I view it as policing for profit. Very recently in Montana, an out of state farmer driving through Montana with $16,000 cash he had intended to use to buy farm equipment had his money seized. They said they suspected he had drugs but found none. Ironically they used his money on a drug-sniffing K-9 unit. Here in Georgia the murder of David Hooks was done by the drug unit of Laurens County, Georgia led by an overzealous “drug Czar” named Chris Brewer.

Many people knowledgeable about this case have no doubt the thought of seizing assets led to the untimely death of this innocent Grandfather by overzealous deputies. I also think the potential of seizing David Hooks’ assets played a large part in his death though this is sheer speculation. Let’s hope the Grand Jury gets it right and you can help by signing this petition.

I realize this gambling case in Macon was a settlement and not a civil asset forfeiture case. But for all intents and purposes it is quite similar and accomplishes practically the same end results of divorcing people from their assets.  Even the word “settlement’ is galling because it sterilizes and makes what is undoubtedly a very unpleasant process sound like a joyous business transaction. I also don’t like the idea that those with the funds are able to buy their way to a lighter sentence. I think a more accurately descriptive term would be “legalized shakedown.”

As long as the police agencies are allowed to keep seized assets, these types of cases will encourage abuse and policing for profit. The temptation is simply too great if they are allowed to keep the assets themselves. If all the assets were turned over to the school system or used on road and bridge repairs perhaps that would ensure they use more scrutiny and better judgement in cases such as these and you would also see the number of asset forfeiture cases likely decrease dramatically.

President Obama and Attorney General Holder barred local and state police from using federal law to seize cash, cars and other property without warrants or criminal charges in January because they realized it was being abused. But many states still have their own laws which allow asset forfeiture or in the case of the coin operated gambling cases in Bibb an  plea deal if they cough up the cash to the tune of $1,000,000 apparently.

Does a $1 million settlement seem fair for reduced charges?

I understand “gambling” (if you want to call this petty coin operated machines gambling) is illegal in Georgia. But then so are sport betting pools at offices. When was the last time people were arrested for betting on sporting events or college basketball playoffs? I am not arguing that these nine stores shouldn’t receive some punishment, but $1,000,000 sure seems excessively harsh when you take into account the billions lost and stolen by Wall Street banks on gambling with other people’s money. Many of those fines were little more than a nuisance they could easily afford. Steal billions pay a relatively small fine. Operate some video poker machines and pay up everything you own. That doesn’t seem very fair or just for the crime.

At the end of the day I don’t feel any safer knowing some stores or people that enjoy spending their own money in a way not harming others,  just paid the Bibb County District Attorney’s office and the Bibb County Sheriff’s office $1,000,000 to avoid a harsher sentence. Macon could use a few casinos on the river or lake or possibly on Native-American owned land to bring in some cash from out of town visitors.

I wish David Cooke would have shown as much zeal about the missing $52 million form our school system.  Is there a law against donating some of this $1,000,000 to the school system? They sure can use it after taking a $52,000,000 hit and Mr. Cooke doesn’t seem nearly as interested in investigating those missing funds. Now that actually would be worthy of a news conference.  He would  be well-advised to remember this is exactly why Greg Winters lost the last election over his own disinterest in the education shenanigans and turning a blind-eye.

Regardless of how the money is spent, million dollar settlements and civil asset forfeiture seems like a legalized shakedown to me. Policing should be about keeping the public safe—not about officers making money for themselves and their departments no matter how many election-friendly ways they choose to spend the ill-gotten gains to secure elections or boost their image by holding multiple press conferences in vainglorious attempts to publicize the good ways the money will be spent.

What are your thoughts? Let us know here in the comments or on Facebook.