In a very brief but highly informative post on his personal Facebook page, Bibb county Board of Education member Jason Downey issued a statement that I have pasted below. From the context it is clear it is meant to address some people that are still very skeptical of the BOE. That is understandable given their past record with Romain Dallemand. Casual observers have lumped the entire BOE together, but the reality is not all the BOE are bad seeds. It is only a select few and we must be mindful of that fact and not try and lump the other good board members on our side with the bad ones that took us over the ledge.

The BOE members that were responsible for allowing Dallemand to misappropriate around $52 million and also pushed to renew his contract include Wanda West, Tom Hudson, Ella Carter, Tommy Barnes, and Susan Middleton who are collectively known as the BOE5. Only three from that group remain, West, Hudson, and Carter.Only those five people deserve your scorn so please give the other board members some slack and your support.

I must stress that all other members on the CURRENT BOE had nothing to do with the Dallemand disaster and have in fact been doing their best to clean up the mess. The counterclaim may not result in $7 million from Dallemand since I doubt he has two pennies to rub together with his extravagant tastes and profligate spending. But what is important is the new BOE, at least most of them, want the truth and all the facts to finally surface. This is a very good thing!

In my humble opinion that means it is possible that people like Cliffard Whitby, Sam Hart, and many of Dallemand’s other allies might also be exposed once more facts are released. I have no idea if additional charges need to be levied against Dallemand’s many minions,  but if I were a betting man I would take that bet. This lawsuit might finally allow us to uncover all the truth once and for all and take appropriate actions.

The BOE understands that Dallemand had allies and help and I am praying that they also want to cleanse the school district of all these other parasites who are all still in Bibb county. Dallemand was only the tip of a very putrid iceberg.

So if you have some slings and arrows to shoot, make sure you aim them at the right people and not your allies. Jason Downey, Lester Miller, Dr. Thelma Dillard, Daryl Morton, and Susan Sipe are the good guys. Aim your cutting gibes at West, Carter and Hudson who are the ones worthy of your scorn. 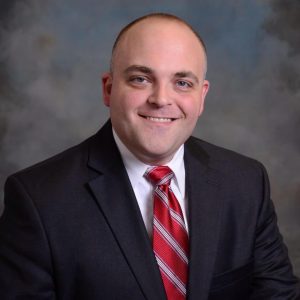 By Jason Downey via Facebook “Folks- this is a pretty big deal. For those who accused the BOE of sitting idly by, even when us new board members took office and took a proactive stance against fiscal malfeasance, this shows we are not going to just “let it go”. You now have a Board of Education that understands finances, leases, back room deals, shady tax deals with non-taxing “Authorities”, and ethics; along with the five votes to regulate. The times are changing, and there is a culture change in the Bibb BOE. We have been on the right path since the day Steve Smith walked in to the superintendent’s office, and that continues to this day.”