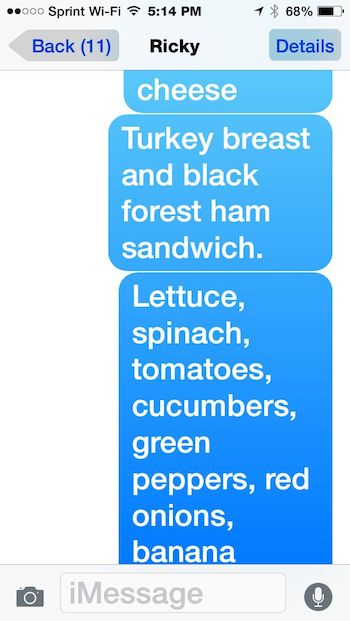 Yesterday I noticed a problem on my Mac Pro while trying to use Messages app. For those of you unfamiliar with OS X and Messages, it is an app that allows you to receive and reply to text messages from iPhones in addition to many other features. A friend had offered to pick me up a Subway sandwich on his way over and I was trying to text my complicated order to his iPhone which I thought might be easier to do on my Mac Pro than from my iPhone.

But for some reason it showed me as disconnected and it would not accept my login credentials. I ended up dictating it to my iPhone which actually was easier than typing but that is how I discovered this problem.

Please understand I am a geeky guy and have been repairing my own issues on Apple computers since the days of my first Apple IIe. I am also an Apple seed developer and have been beta testing OS X since the very first version. But this particular issue was not something I had ever dealt with before and I didn’t really have the time to look for answers.

I also had noticed another symptom that I thought was connected where the App Store updater was completely blank. Even more oddly when I visited the Apple Discussion page to look to see if other people were having issues that too was acting oddly in Safari as well where the top part of the page where you type a question wasn’t showing up. I knew this was likely being caused by some mischievous files in my library but wasn’t sure which ones to delete. I have files dating back over a decade or more and eventually they can cause problems if you transfer instead of doing clean installs.

Although my Mac Pro was long out of warranty for any support I thought I would call AppleCare and see what they could do. Within 45 seconds of calling them I was on the phone with a very helpful rep. He noticed that my Mac Pro was out of warranty but immediately saw I also had an iPhone and iPad and said he would be happy to fix this issue for free since my iPad still was well within the warranty.

As helpful as this gentleman was,  this problem was a bit too complicated and outside his area of expertise. He had tried to do a screen sharing session with me but after I downloaded the required app it would not connect. Yet a new symptom or clue to the underlying issues. He told me to hold and about three minutes later he transferred me to a lady named Katherine. He had already completely filled her in on my issues and she went right to work.

She asked me to delete several Login items in system preferences. Many were from apps I had abandoned years ago that I forgot were even there. She then had me go to my Library (Accessible by using the Go menu while holding down the Option key) She directed me to delete a lot of old iChat files since it was causing problems with Messages which has replaced iChat. I can’t remember all the folders and files she asked me to delete because there were many including cookies and many more but that isn’t the point of this article.

I should also add that I had a .Mac Apple ID and also had a .Me and also a third .iCloud Apple ID’s and that also was causing problems. I was using different alias for my Apple ID on my iPad than on my Mac Pro.  Now all my OS X and iOS devices use the same Apple ID. The key takeaway here is after a quick reboot all my problems were completely fixed. 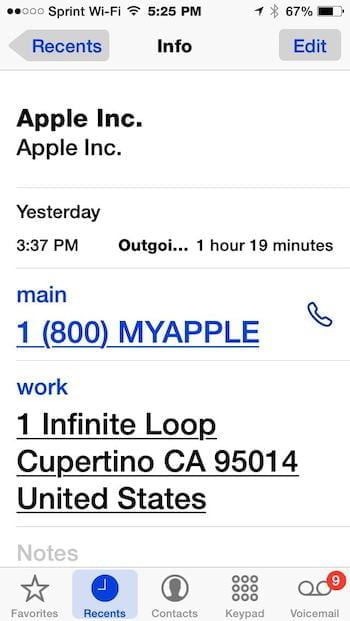 I was simply blown away. I called with a very difficult problem to fix over the phone. I myself have tried to explain how to repair problems over the phone and I can assure you it is not easy to do when you can’t see their screen.

My call was answered almost immediately by an extremely courteous and friendly guy who was also a native English speaker located here in the U.S. When he realized my problem was beyond his abilities he transferred me to another exceptional Apple employee who stuck with me through multiple reboots. The entire phone call lasted 79 minutes in total.

This was all done on an Apple computer many, many years out of warranty that they didn’t have to help me for free. They could have very reasonably asked me to pay for online support as almost any other company would have done.

They actively looked for and found a technicality to offer me free Apple support because this Messaging problem had a very ancillary connection to my iPad. That is what I call great service.

They weren’t condescending, they didn’t read those annoying rote scripts, they actually listened and talked to me as a human being with respect. Their instructions were very easy to follow and most importantly they were extremely knowledgeable and promised to stay on the phone till it was solved and they kept their word. They were also very friendly and cool people who chatted about other things while waiting for my computer to reboot at times. Not once did they ever appear to sound annoyed or agitated.

I have had similar excellent experiences before with Apple. Unfortunately for me the nearest Apple store is over an hour drive away. But two years ago I had no choice but to lug my heavy Mac Pro up there to Lenox Mall in Atlanta which is the closest to me. It was constantly rebooting and I had no way of knowing if it was bad ram, a bad video card, or possibly even a bad logic board and I didn’t want to spend money on a part that didn’t fix the problem.

When I say heavy I ain’t kidding…. I have the older type Mac Pro which I am guessing weighs around 80 lbs maybe more. The newer types are lightweight by comparison.

I went inside the mall since I arrived a bit early just to confirm my appointment and asked if I could borrow a dolly. They told me they would be happy to send someone to my car to bring it in. Even then my Mac Pro was out of warranty by the way. He diagnosed the problem as a bad video card that needed to be replaced. Like my telephone call yesterday the cost of that assistance which took (around 45 minutes with a lot of diagnostic tests he ran) was zero out of pocket to me. They lugged my Mac Pro from my car and took it back as well when it was done. A new Nvidia card fixed that issue and I have been problem free until yesterday.

I am not alone in loving Apple support. Apple has been a leader for several years in several annual studies on consumer electronics brand customer satisfaction. The combination of top notch telephone support with equally impressive in-store assistance all over the country is hard for any competitor to match.

I have spoken with Dell, Samsung, and many other consumer electronics companies over issues and it was almost always a very frustrating experience with some guy with a thick accent reading a rote script after a very long hold time. It also usually took several calls to resolve the problems and they were far more minor than the one I described in this article. For a broken HTC phone a friend of mine to ship it to some warehouse in New York and he received it back two weeks later still broken as just one example.

And with PC’s and Android phones there are so many companies involved they are often looking to blame problems on someone else. Who do you even get to help you when they blame someone else for the issue? Apple makes the whole widget so to speak so they are able to repair any problem you may have.

That exceptional customer support in addition to awesomely cool products is why Apple is such a sticky brand. They have among the highest brand loyalties in the world. Overall, it can be said that the Apple brand has a strong reputation, and that strong brand loyalty has been shown to promote repeat purchase patterns. I am sure there are many variables that factor into brand loyalty but I am willing to bet the knowledge that if you have any problem you can either call Apple and speak with someone right away or visit a store and they will help you figures into that high loyalty. 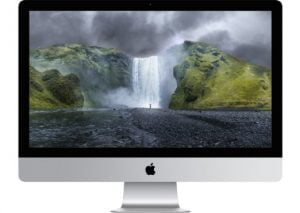 Apple computers might cost a a bit more for that level of quality but in the years I have been using my Mac Pro a friend has purchased 4 cheap PC’s that soon break or become so virus-infested that is a waste of time to try and remove them costing far more than my one Mac Pro which is still going strong and very fast. But I have to admit that new iMac with the 5K display is really tempting me although I am trying to wait on the next Mac Pro update.

One thing for damn sure is after my phone call yesterday, my next computer will be an Apple as it has been since I was in the eighth grade and owned my first.

If Katherine from Apple happens to read this (case ID 810764326)  I want to say thank you!  The rep before was also extremely helpful but I forgot his name but thank you as well!